U.S. worker productivity was even weaker than first thought from October through December while labor costs rose at a faster rate. 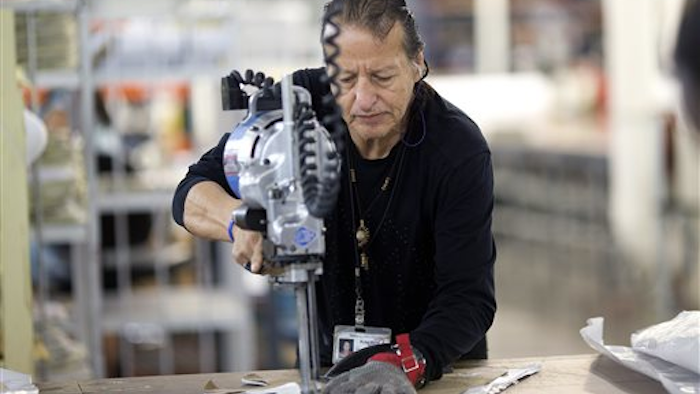 Washington, D.C. — U.S. worker productivity was even weaker than first thought from October through December while labor costs rose at a faster rate.

Productivity declined at an annual rate of 2.2 percent in the fourth quarter, weaker than the 1.8 percent drop that was estimated a month ago, the Commerce Department said Thursday. Labor costs rose at a 4.1 percent rate, faster than the 2.7 percent increase first estimated.

Weaker productivity and higher labor costs could spell inflation troubles for the economy. But analysts say that the changes in the fourth quarter are temporary and not an indication that inflation is about to be a problem.

Analysts had expected the revision for productivity would be weaker than the first estimate, reflecting the fact that the government last week revised its estimate for economic growth, as measured by the gross domestic product.

The Federal Reserve closely watches developments in productivity and labor costs for any signs that wage pressures are rising to unwanted levels. But at the moment, the Fed is more worried that wages are not rising fast enough rather than rising too quickly.

Since the recession ended in mid-2009, labor gains have been weak as millions of people who lost their jobs during the recession have struggled to find new employment. However, job growth picked up significantly last year and unemployment stood at 5.7 percent in January, a significant improvement from the high of 10 percent hit in late 2009.

Even with the labor market improving, economists expect it will be some time before labor costs accelerate to a rate that will be a problem.