Unemployment Rates Rose in Half of U.S. States Last Month 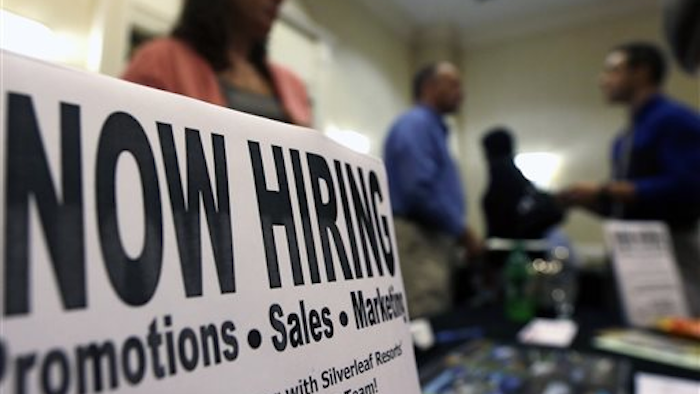 Rates fell in 9 states and Washington, D.C., and were unchanged in 16 states, the Labor Department said Friday.

Despite the pickup in unemployment rates, employers are hiring at a robust pace, boosting job growth in most parts of the country. Thirty-seven states added jobs last month, while 12 states cut jobs. Hiring in Montana was flat.

The state data echoes last month's national pattern. Employers added 280,000 jobs, yet the unemployment rate ticked up to 5.5 percent from 5.4 percent. That can happen when more Americans start job hunts but aren't immediately hired. The government doesn't count people as unemployed unless they are actively searching for work.

Many states gained jobs but saw their unemployment rates rise as their ranks of job searchers also increased. California added the most jobs last month, gaining 54,200. Yet its unemployment rate ticked up to 6.4 percent from 6.3 percent. That's because more than 70,000 people started looking for work last month, and about 13,000 didn't find jobs.

New York added 42,700 jobs, the second-most, while its unemployment rate was unchanged at 5.7 percent. Texas gained 33,200, the third-highest, though its rate also ticked up, to 4.3 percent from 4.2 percent.

Nearly every state has gained jobs in the past 12 months, except for West Virginia, which lost nearly 17,000. It shed jobs in mining, construction, and government, the Labor Department said.

West Virginia now has the nation's highest unemployment rate, at 7.2 percent, up from 7.1 percent the previous month. It has overtaken Nevada, where the rate remained 7.1 percent in May.

Nebraska has the lowest rate, at 2.6 percent, though it ticked up from 2.5 percent the previous month. In April it displaced North Dakota as the state with the lowest rate. That's because North Dakota has lost oil and gas drilling jobs as energy companies have been forced to cut back in the wake of last year's drop in oil prices. North Dakota's rate is still very low, at 3.1 percent.