Tensions Rise On Iron Range As Steel Talks Near Deadline

Labor contracts are set to expire Tuesday for 30,000 American steelworkers. That includes 2,300 on the Iron Range, an area recently hit by 1,400 layoffs. 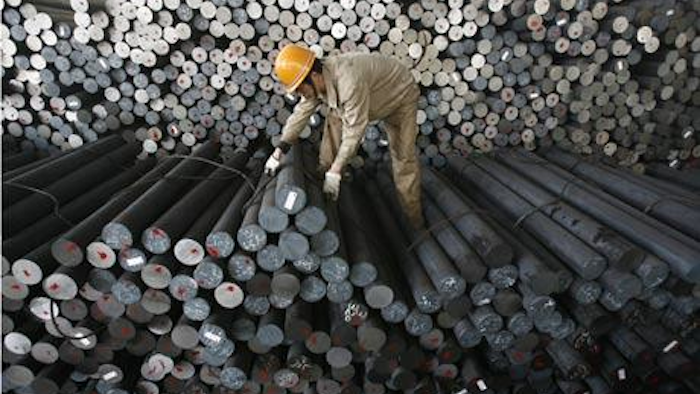 Labor contracts are set to expire Tuesday for 30,000 American steelworkers. That includes 2,300 on the Iron Range, an area recently hit by 1,400 layoffs.

Bargaining in Pittsburgh has turned contentious in recent weeks, creating the possibility of more protests and lockouts or even strikes, the Star Tribune (http://strib.mn/1F9Rhh9 ) reported.

Steelworker rallies have been held around the nation, including in Minnesota. Steelworkers plan to form a "practice picket line" on Tuesday at ArcelorMittal Minorca in Virginia, Minnesota.

"People are a bit anxious now because it's coming down to the wire," said Harold Anderson, an ArcelorMittal electrician who has worked in the 310-employee Minorca taconite plant in Virginia for nearly eight years. "People are more concerned this time around than ever."

Union officials contend that U.S. Steel and ArcelorMittal — the world's largest steelmaker —are asking for too many concessions.

Brian Zarn, president of Steelworkers Local 6860 in Eveleth, and other union officials told workers at an Aug. 20 rally in Virginia that U.S. Steel and ArcelorMittal are using the temporary downturn in the U.S. steel market "as an excuse to permanently gut workers' contract language and benefits."

Both U.S. Steel and ArcelorMittal declined to comment to the newspaper. Both have labor contracts with the United Steelworkers that expire Tuesday.

In recent weeks, officials at all three companies have cited in statements the troubled industry, historically low iron and steel prices, the big surge in cheap steel imports from China and losing millions of dollars during this latest downturn.

These are "the extremely challenging conditions we continue to face in North America," U.S. Steel CEO Mario Longhi said.

In May, U.S. Steel laid off 812 of its nearly 2,000 workers at its Keetac and Minntac mines and taconite pellet plants in Keewatin and Mountain Iron.

Earlier this month, Cliff's United Taconite laid off 420 workers after idling its plant and mine in Eveleth and Forbes. Magnetation let 20 workers in Keewatin go and then filed for bankruptcy in the spring. Last month, Mesabi Nugget let 200 workers in Chisholm and Hoyt Lakes go.

Only ArcelorMittal, which owns the Minorca Mine and taconite plant just outside Virginia, has not laid off workers in Minnesota.