U.S. factory orders tumbled in April, a sign that manufacturers are struggling amid a stronger dollar and cheaper oil. 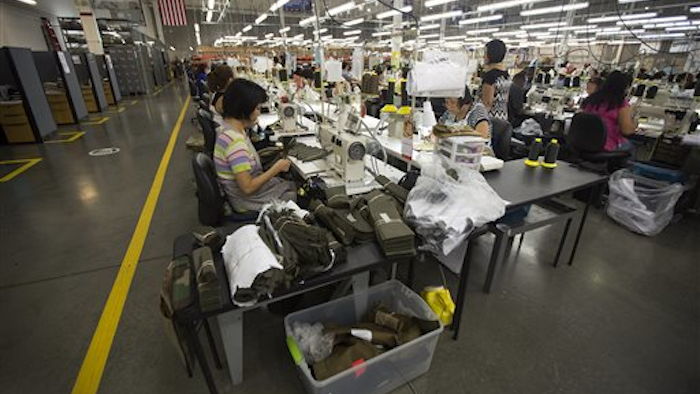 Washington, D.C. — U.S. factory orders tumbled in April, a sign that manufacturers are struggling amid a stronger dollar and cheaper oil.

Manufacturers have struggled in recent months with a pair of global economic pressures. The stronger dollar has increased the cost of U.S.-made goods overseas, cutting into sales in Europe and parts of Asia. At the same time, cheaper oil prices have slashed demand from energy firms for pipelines and equipment. The spring rebound from a frigid winter that shut down assembly lines has yet to blossom.

Still, there are signs that manufacturers are adjusting in response to the changing conditions. Energy firms responded quickly to oil prices dipping below $60 a barrel, such that the brunt of the layoffs and canceled orders has largely been processed by the economy. Demand for oil and natural gas field machinery increased slightly in April. The dollar has also steadied itself against the Euro, rising slightly since March.

"We do think that we are moving past the weakest period for energy-related" cutbacks from manufacturers, said Daniel Silver, an economist at the bank JPMorgan Chase.

In May, new orders and hiring fueled manufacturing growth, according to the Institute for Supply Management, a trade group of purchasing managers.

The ISM manufacturing index rose to 52.8 last month from 51.5 in April, the organization reported Monday. Any reading above 50 signals expansion.

The economy will likely rely on greater output from manufacturers to recover after a dismal start to 2015. During the first three months of the year, the economy shrank at an annual rate of 0.7 percent.

Economists say that annualized growth, as measured by gross domestic product, should rebound to roughly 2 percent in the second quarter of this year.