Manufacturing in Philly Area Grows by Most in 6 Months

Manufacturing in the Federal Reserve's Philadelphia region expanded this month at the fastest pace since December, suggesting that an improving economy is boosting factory output. 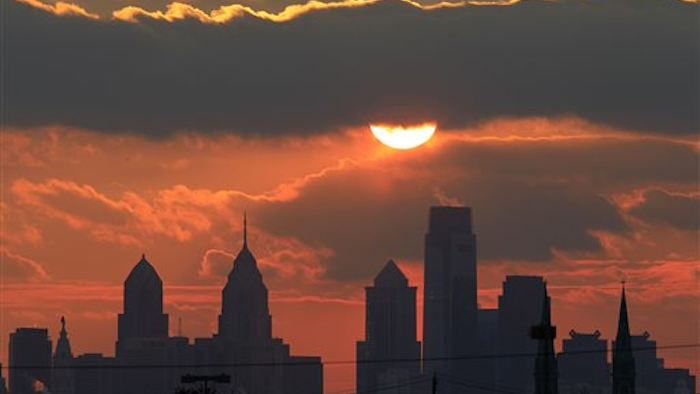 Washington, D.C. — Manufacturing in the Federal Reserve's Philadelphia region expanded this month at the fastest pace since December, suggesting that an improving economy is boosting factory output.

The Federal Reserve Bank of Philadelphia said Thursday that its index of factory activity rose to 15.2 from 6.7 in May. That's the highest level since December, though below a recent peak of 40.2 in November. Any reading above zero indicates that manufacturing is expanding.

U.S. manufacturing has struggled this year, in part because the dollar has risen about 15 percent in value compared with other currencies. That's made U.S. goods more expensive overseas and cut into exports. But stronger consumer spending may be providing an offsetting boost.

A measure of new orders rose to 15.2 from 4 in May, a sign that production may keep growing.

The national economy is rebounding after a rough start to the year. Hiring has been robust, and Americans have stepped up their spending on cars and at retail stores. Auto sales jumped to a nine-year high in May, spurring greater auto production.

Home sales and construction are also picking up. Builders broke ground on new homes last month at a faster pace than a year ago. And signed contracts to buy homes jumped to the highest level in nine years in April.

Fed officials took note of the improving economy in a statement Wednesday after their latest policy meeting ended. The Fed seems on track to raise interest rates by year's end for the first time in nearly a decade, though it's unclear exactly when it will act. Many economists expect the first increase in September.