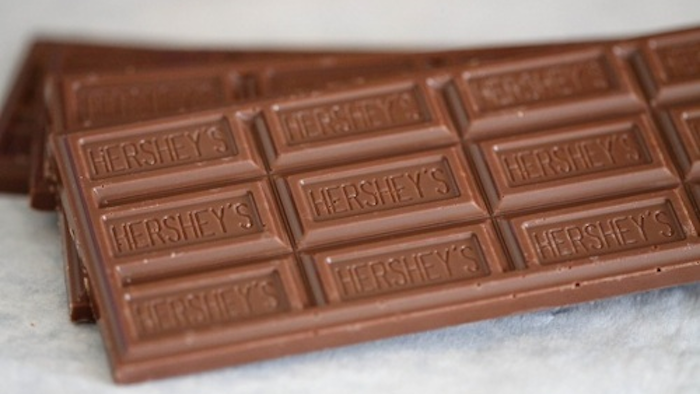 NEW YORK (AP) — Hershey posted a second-quarter loss Friday, with the strong dollar and weakness in China weighing on sales for chocolate maker.

North America is being pressured as well. Sales rose 1.8 percent versus the same period last year, but volume is down.

Excluding certain acquisition and other costs, the company earned 78 cents per share. That topped Wall Street expectations, with analysts surveyed by Zack's Investment Research expecting 74 cents per share in profit. But, those same analysts expected $1.62 billion in revenue.

Sales rose just under 2 percent in North America to about $1.4 billion, but international sales were dragged down by the stronger U.S. dollar and continued weakness in China.

During the previous quarter, the company also cited weak sales in China as a drag to overall revenue. The company ramped up marketing because of poor sales through Chinese New Year. Discounts and advertising costs cut into profit.

Shares of Hershey Co., based in Hershey, Pennsylvania, have fallen 11 percent since the beginning of the year. Shares fell 46 cents to $92.90 in premarket trading Friday.

Elements of this story were generated by Automated Insights (http://automatedinsights.com/ap) using data from Zacks Investment Research. Access a Zacks stock report on HSY at http://www.zacks.com/ap/HSY