Manufacturing Jobs Down Slightly In November

Deputy Labor Secretary Chris Lu characterized the overall numbers as "promising," yet AAM President Scott Paul suggested that manufacturing is "at or near a state of recession." 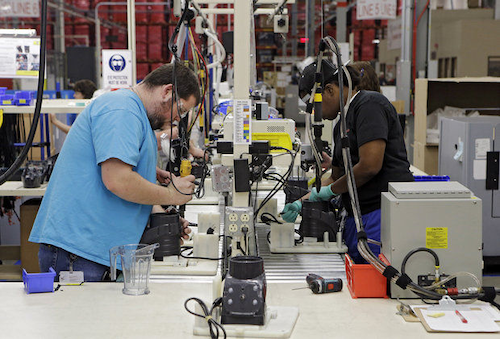 U.S. manufacturing jobs slightly declined in November according to the latest monthly estimates from the federal Labor Department.

"Much of the growth is happening in middle wage jobs, which is an encouraging sign," Lu said.

Alliance for American Manufacturing President Scott Paul, however, suggested that manufacturing is "at or near a state of recession."

"While much of the service sector is growing albeit with low wages, our goods-producing economy is struggling under the yoke of global weakness and China’s massive industrial overcapacity," Paul said.

Paul added that a likely interest rate increase by the Federal Reserve later this month could effectively "hold back manufacturing growth."