Kellogg said this week that it bought Egyptian cereal company Mass Food Group for $50 million as it seeks to boost its presence in Africa. 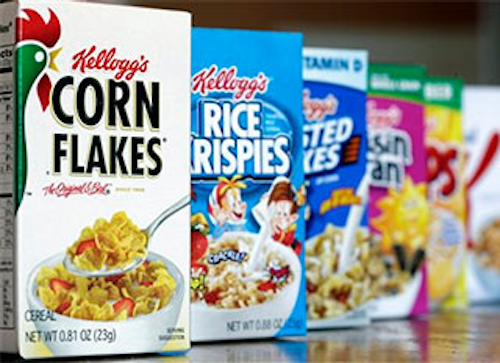 NEW YORK (AP) — Kellogg said this week that it bought Egyptian cereal company Mass Food Group for $50 million as it seeks to boost its presence in Africa.

When it was founded in 1996, Mass Food was the first company to introduce cereal to Egyptian consumers, Kellogg said. The Cairo based company has annual sales of $18 million and 600 employees. It brands include Temmy's and NutriFit.

Kellogg, the maker of Frosted Flakes cereal, Special K bars and Eggo frozen waffles, is seeking growth in emerging markets as demand for its breakfast foods in the U.S. and elsewhere weakens. Earlier this month, Kellogg said it was starting a joint venture with food company Tolaram Africa to create snacks and breakfast foods to sell in West Africa. Kellogg also paid $450 million to buy a 50 percent stake Multipro, a company that distributes food in Nigeria and Ghana. Earlier this year it bought a majority stake in Bisco Misr, an Egyptian biscuit maker.

Shares of Kellogg Co., based in Battle Creek, Michigan, slipped 47 cents to $67.75 in morning trading Monday. Its shares are down about 3.5 percent this year.