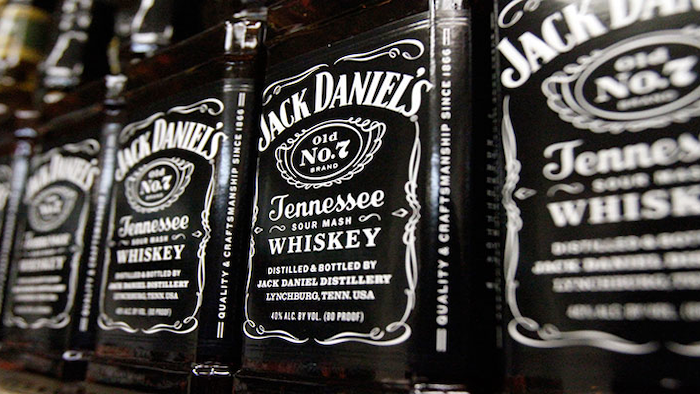 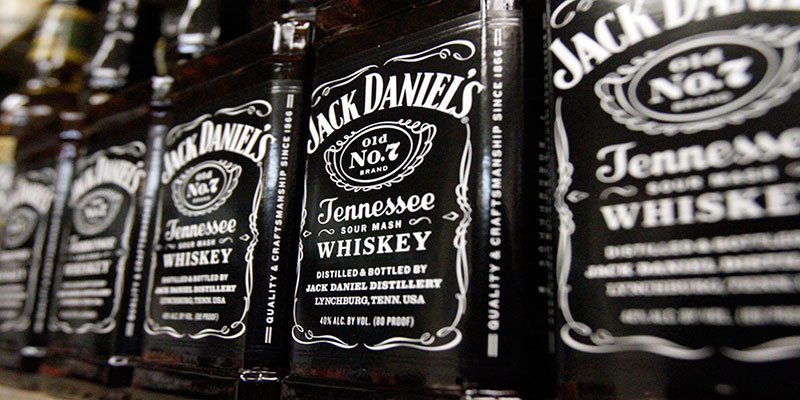 The company reported solid underlying net sales growth in the U.S. and in mature overseas markets, including the United Kingdom, Australia, France, Canada and Spain. But net sales growth slowed considerably in emerging markets during the quarter, it said.

Foreign markets account for about 60 percent of overall revenues for the Louisville, Kentucky-based company.

It adjusted its full-year earnings projection to a range of $3.32 to $3.42 per share. Its prior expectation had been $3.40 to $3.60 per share. The new projection includes a 6-cent-per-share impact from foreign exchange and 4-cents-per-share from the sale of its Southern Comfort and Tuaca brands.

Brown-Forman CEO Paul Varga pointed to a strong dollar as one of the company's challenges. A strong dollar makes U.S. goods less competitive.

"Against a backdrop of deteriorating economic conditions in emerging markets, weakness in the global travel retail channel and headwinds from a strengthening dollar, we had another solid quarter of underlying growth, led by the Jack Daniel's family and our American whiskey brands," he said.

For the first nine months of its fiscal year, net sales growth was adversely impacted by 8 percentage points due to foreign exchange, it said.

Among other leading brands, underlying net sales for Finlandia vodka products fell by 5 percent in the nine months, while Canadian Mist had a 10 percent decline. Net sales for the struggling Southern Comfort brand dropped by 6 percent. On Tuesday, Brown-Forman said it completed its sale of the Southern Comfort and Tuaca brands to Sazerac in a $542.4 million deal.

Brown-Forman said its el Jimador brand had underlying net sales growth of 4 percent in the nine months, while Herradura had 12 percent growth. Net sales grew by 29 percent for Woodford Reserve bourbon, it said.

Brown-Forman shares have decreased roughly 4 percent since the beginning of the year. The stock has increased 15 percent in the last 12 months.