Harley-Davidson expects new tariffs to increase the company's annual costs by as much as $100 million as long as the trade dispute between the U.S. and other countries goes on. 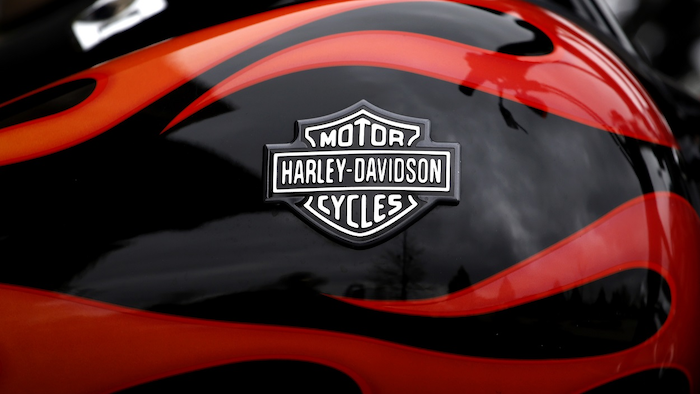 Harley-Davidson expects new tariffs to increase the company's annual costs by as much as $100 million as long as the trade dispute between the U.S. and other countries goes on.

Executives with the Milwaukee company spoke with investors Tuesday for the first time since announcing last month that production of motorcycles sold in Europe would move overseas in order to avoid retaliatory tariffs the EU is imposing on American exports.

That announcement unleashed a series of critical tweets from President Donald Trump, and there was no sign that the administration's stance on trade would change, despite calls from within the GOP to do so.

"Tariffs are the greatest!" the president tweeted Tuesday. "Either a country which has treated the United States unfairly on Trade negotiates a fair deal, or it gets hit with Tariffs. It's as simple as that — and everybody's talking! Remember, we are the 'piggy bank' that's being robbed. All will be Great!"

With sales stagnant at home, Harley-Davidson has looked increasingly overseas for buyers of its iconic motorcycles. The company did not discuss Trumps' criticism, but CEO Matt Levatich stood by its decision to move some production overseas because of the tariffs.

"It put further pressure on our business and we made the best decision based on the circumstances," he said.

Harley-Davidson said it's working with the Trump administration and other governments to try to get the tariffs removed.

In the short term, the cumulative impact from the tariffs will increase Harley-Davidson's costs as much as $55 million this year, the company said. Costs from raw materials subject to tariffs, like steel and aluminum, account for $15 million to $20 million, and the EU tariffs add another $30 million to $35 million, according to Harley-Davidson.

On average, the EU tariffs will increase the cost of motorcycles sold in Europe by $2,200, but the company is absorbing all of those costs, rather than passing price hikes on to customers.

Harley was one of the high-profile American companies singled out by the Europe for tariffs, along with bourbon and Levi's jeans. Farmers, too, are getting hit as agricultural exports are targeted overseas.

The Trump administration readied a plan Tuesday to send billions in emergency aid to farmers who have been caught in the crossfire.

The tariffs rolled out by Europe took effect right at the end of the most recent quarter, on July 1, so the ramifications have yet to fully land at Harley-Davidson.

Profits have been pressured for some time, but Harley-Davidson has consistently topped Wall Street expectations in part by slashing costs. Besides its plan to move production overseas of motorcycles intended for Europe, Harley-Davidson is also consolidating its assembly plant in Kansas City, Missouri to its plant in York, Pennsylvania next year.

The importance of overseas markets to Harley-Davidson plays out every quarter in its sales numbers.

Stripping out manufacturing optimization costs, earnings were $1.52 per share. That easily beat the $1.35 per share that analysts surveyed by Zacks Investment Research were calling for.

Revenue from motorcycles and related products dropped to $1.53 billion, from $1.58 billion, as sales in the U.S., Asia Pacific region and Canada declined. Sales in Latin America rose 9.1 percent and sales in the EMEA region increased 3.6 percent. Overall revenue topped the $1.42 billion that analysts predicted.