AP Investigation: Buying Local Fish? It May Not Be True

Caterers in Washington tweeted a photo of maroon sashimi appetizers served to 700 guests attending the governor's inaugural ball last year. They were told the tuna was from Montauk. 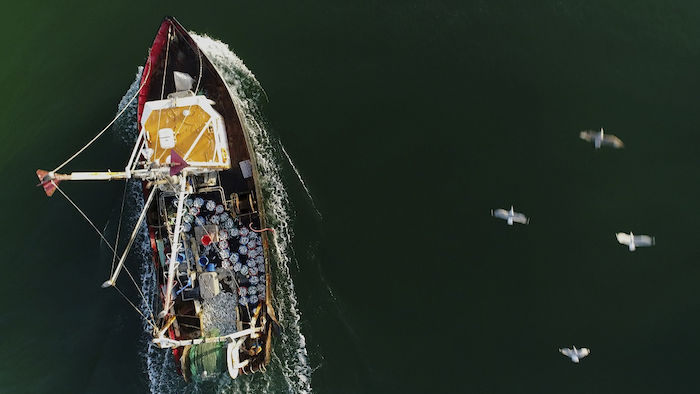 A fishing trawler makes its way through the inlet into Lake Montauk to bring its catch to one of three commercial docks in Montauk, N.Y., on Tuesday, Dec. 19, 2017. Image credit: AP Photo/Julie Jacobson

Caterers in Washington tweeted a photo of maroon sashimi appetizers served to 700 guests attending the governor's inaugural ball last year. They were told the tuna was from Montauk.

But it was an illusion. It was the dead of winter and no yellowfin had been landed in the New York town.

An Associated Press investigation traced the supply chain of national distributor Sea To Table to other parts of the world, where fishermen described working under slave-like conditions with little regard for marine life.

In a global seafood industry plagued by deceit, conscientious consumers will pay top dollar for what they believe is local, sustainably caught seafood. But even in this fast-growing niche market, companies can hide behind murky dealings, making it difficult to know the story behind any given fish.

Sea To Table said by working directly with 60 docks along U.S. coasts it could guarantee the fish was wild, domestic and traceable — sometimes to the fisherman.

The New York-based company quickly rose in the sustainable seafood movement. While it told investors it had $13 million in sales last year, it expected growth to $70 million by 2020. The distributor earned endorsement from the Monterey Bay Aquarium and garnered media attention from Bon Appetit, Forbes and many more. Its clientele included celebrity chef Rick Bayless, Roy's seafood restaurants, universities and home delivery meal kits such as HelloFresh.

As part of their investigation, reporters staked out America's largest fish market, followed trucks and interviewed fishermen who worked on three continents. During a bone-chilling week, they set up a time-lapse camera at Montauk harbor that showed no tuna boats docking. The AP also had a chef order $500 worth of fish sent "directly from the landing dock to your kitchen," but the boat listed on the receipt hadn't been there in at least two years.

Preliminary DNA tests suggested the fish likely came from the Indian Ocean or the Western Central Pacific. There are limitations with the data because using genetic markers to determine the origins of species is still an emerging science, but experts say the promising new research will eventually be used to help fight illegal activity in the industry.

Some of Sea To Table's partner docks on both coasts, it turned out, were not docks at all. They were wholesalers or markets, flooded with imports.

The distributor also offered species that were farmed, out of season or illegal to catch.

"It's sad to me that this is what's going on," said chef Bayless, who hosts a PBS cooking series. He had worked with Sea To Table because he liked being tied directly to fishermen — and the "wonderful stories" about their catch. "This throws quite a wrench in all of that."

Other customers who responded to AP said they were frustrated and confused. 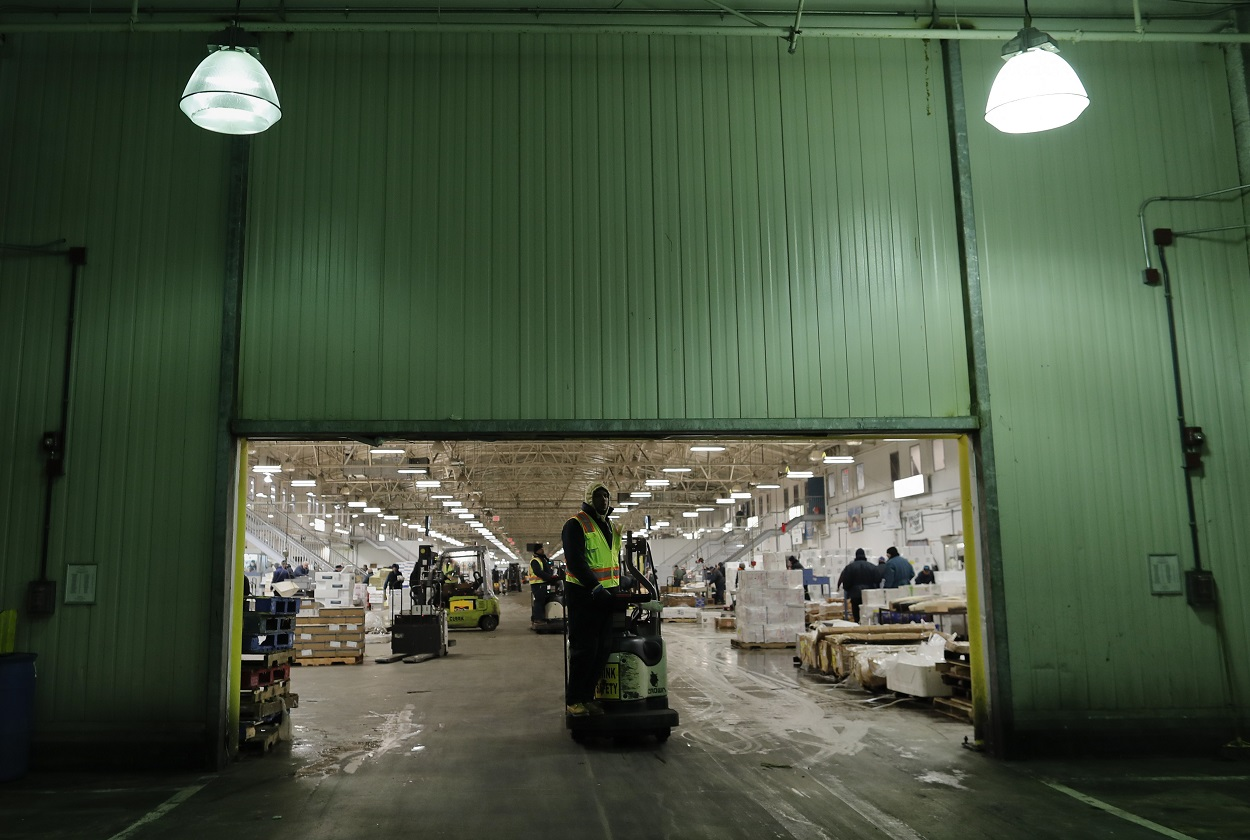 A forklift driver makes his way to the loading dock to move an order of seafood onto a truck at the New Fulton Fish Market in New York on Monday, Jan. 8, 2018. Image credit: AP Photo/Julie Jacobson

Sea To Table owner Sean Dimin stressed that his suppliers are prohibited from sending imports to customers and added violators would be terminated.

"We take this extremely seriously," he said.

Dimin also said he communicated clearly with chefs that some fish labeled as freshly landed at one port were actually caught and trucked in from other states. But customers denied this, and federal officials described it as mislabeling.

The AP focused on tuna because the distributor's supplier in Montauk, the Bob Gosman Co., was offering chefs yellowfin tuna all year round, even when federal officials said there were no landings in the entire state.

Almost nightly, Gosman's trucks drove three hours to reach the New Fulton Fish Market, where they picked up boxes of fish bearing shipping labels from all over the world.

Owner Bryan Gosman said some of the tuna that went to Sea To Table was caught off North Carolina and then driven 700 miles to Montauk. That practice ended in March, he said, because it wasn't profitable. While 70 percent of his yellowfin tuna is imported, he said that fish is sold to local restaurants and sushi-bars and kept separate from Sea To Table's products.

"Can things get mixed up? It could get mixed up," he said. "Is it an intentional thing? No, not at all."

Some of Gosman's foreign supply came from Land, Ice and Fish, in Trinidad and Tobago.

The AP interviewed and reviewed complaints from more than a dozen Indonesian fishermen who said they earned $1.50 a day, working 22 hours at a time, on boats that brought yellowfin to Land, Ice and Fish's compound. They described finning sharks and occasionally cutting off whale and dolphin heads, extracting their teeth as good luck charms.

"We were treated like slaves," said Sulistyo, an Indonesian who worked on one of those boats and gave only one name, fearing retaliation. "They treat us like robots without any conscience."

Though it's nearly impossible to tell where a specific fish ends up, or what percentage of a company's seafood is fraudulent, even one bad piece taints the entire supply chain.

Dimin said the labor and environmental abuses are "abhorrent and everything we stand against."

For caterers serving at the ball for Washington Gov. Jay Inslee, who successfully pushed through a law to combat seafood mislabeling, knowing where his fish came from was crucial.

The Montauk tuna came with a Sea To Table leaflet describing the romantic, seaside town and the quality of the fish. A salesperson did send them an email saying the fish was caught off North Carolina. But the boxes came from New York and there was no indication it had landed in another state and was trucked to Montauk. A week later the caterer ordered Montauk tuna again. This time the invoice listed a boat whose owner later told AP he didn't catch anything for Sea To Table at that time.

"I'm kind of in shock right now," said Brandon LaVielle of Lavish Roots Catering. "We felt like we were supporting smaller fishing villages."