Q&A: How Trump's Tariffs Could Affect People and Companies 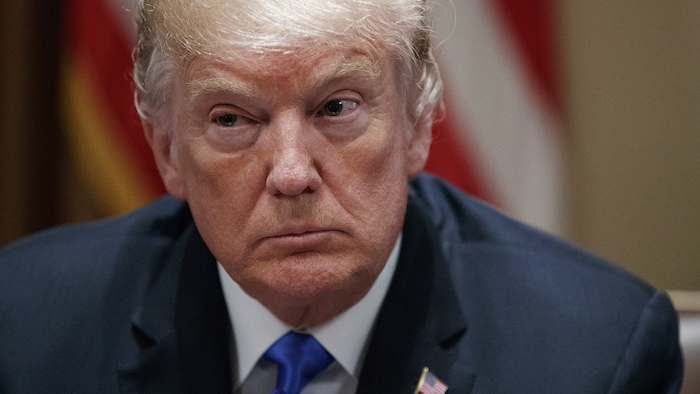 President Donald Trump's vow Thursday to slap tariffs on imported steel and aluminum spooked investors, raised fears that other nations would punch back with their own sanctions and threatened to raise prices for U.S. consumers and companies that use steel and aluminum.

Here's a close look at the tariffs and their potential to trigger a trade war and bruise the U.S. economy:

WHAT EXACTLY DID TRUMP DO?

The president said that sometime next week, he will formally announce tariffs of 25 percent on imported steel and 10 percent on imported aluminum. It's unclear whether any countries would be exempt from what would amount to a heavy new tax on imports. That tax would, in turn, make imported steel and aluminum more expensive for American companies and individuals who use goods containing those materials, ranging from cars to air conditioners to beer cans.

Trump had directed the Commerce Department nearly a year ago to investigate whether imported steel and aluminum posed a threat to national security. The premise is that a healthy industrial base is crucial to the nation's military. The Trump administration has said, for example, that America now has only one smelter that provides the high-purity aluminum that military aircraft require.

Commerce last month issued its conclusion that national security concerns justified sanctions on steel and aluminum imports. Among its recommendations were across-the-board tariffs of 24 percent on steel and 7.7 percent on aluminum. Trump said Thursday that he wants even higher tariffs.

In his decision, Trump deployed a little-used weapon in U.S. trade law: Section 232 of the Trade Expansion Act of 1962, which authorizes the president to restrict imports and impose unlimited tariffs on national security grounds. Since the United States joined the World Trade Organization in 1995, it has pursued only two such investigations. On both occasions — a 1999 case involving oil imports and a 2001 case concerning iron ore and steel imports — the Commerce Department declined to recommend sanctions.

WHAT'S THE LIKELY IMPACT ON COMPANIES AND THE ECONOMY?

American steel and aluminum producers would benefit from a tax on imports and the higher prices that are likely to result.

"You will have protection for the first time in a long while, and you're going to regrow your industries," Trump told U.S. aluminum and steel company executives at the White House.

But there's a flip-side to that calculation: Fewer choices and higher costs for companies that buy steel and aluminum and for their customers.

"Tariffs on steel and aluminum are a tax hike the American people don't need and can't afford," said Utah Republican Orrin Hatch, chairman of the Senate Finance Committee. "I encourage the president to carefully consider all of the implications of raising the cost of steel and aluminum on American manufacturers and consumers."

Freed of the need to compete with imports, U.S. steelmakers would likely raise their own prices. That, in turn, would force automakers to raise prices of new vehicles, although some might decide to absorb their higher costs.

"Simple supply and demand," said Lee McMillan, a steel and aluminum analyst at Clarksons Platou Securities. "You eliminate or substantially tax a good portion of supply, and the overall price, the domestic price, rises."

The American International Automobile Dealers Association said it fears that the tariffs would send car prices up "substantially." U.S. auto sales plateaued in 2016 at 17.5 million vehicles a year. They fell slightly last year and are expected to dip again in 2018.

Other industries are concerned as well.

"It's going to be a big problem," said James Kaufman, president of Indianapolis Metal Spinning Co., which makes metal components for hubcap and lighting manufacturers. Kaufman said most U.S. aluminum producers don't make the alloys his company needs. So he has little choice but to import them.

"If the domestic mills are choosing not to make these alloys, I don't think the users should be penalized for having to bring them in from overseas," he said.

Kaufman said he also worries that the tariffs would raise the price of the steel that goes into his products, making his company less competitive with foreign rivals.

Fearful of such higher costs, the prospect of a trade war and a potential blow to corporate profits, investors dumped stocks with abandon on Thursday. The Dow Jones industrial average plunged 420 points, or 1.7 percent.

Overproduction by China has flooded world markets with steel and aluminum, driving prices down and intensifying pressure on American producers. Nearly half the steel produced in December, for example, came from Chinese mills, according to the World Steel Association. China accounted for more steel production than the United States, Russia, Japan and 28 countries of the European Union combined.

But the U.S. has already thrown up barriers to Chinese imports. As a result, China ranks only 11th in steel and fourth in aluminum imports to the United States. Trump's tariffs appear far more likely to hurt a staunch American ally, Canada, which is No. 1 in both areas: It supplies 16 percent of steel and 44 percent of aluminum imported to the U.S.

"Any suggestion that Ontario-made steel or aluminum constitutes a 'national security threat' to the U.S. is false," said Kathleen Wynne, premier of Ontario. "Canada and the U.S. are key allies and partners and are integral to each other's national security."

Not well. Trade analysts predict that countries hit hard by the steel and aluminum tariffs could complain to the World Trade Organization.

Jean-Claude Juncker, president of the European Commission, denounced the Trump tariffs as "a blatant intervention to protect U.S. domestic industry."

Still, the WTO is usually wary of making judgments about member countries' security requirements. So it could balk at second-guessing the White House and could reject complaints against Trump's tariffs.

Spurned by the WTO, other countries might then retaliate with sanctions, perhaps using national security as a pretext for imposing tariffs of their own.