Yellen, Tenure Winding Down, To Update Her Economic Outlook

Yellen's congressional testimony was a strong signal that the central bank is ready to boost its policy rate for a third time this year. 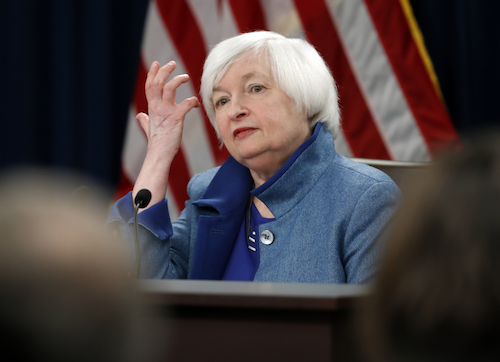 Federal Reserve Chair Janet Yellen said Wednesday that the U.S. economy has gained strength this year and that will keep the Fed on track to gradually increasing its key policy rate.

Yellen's congressional testimony was a strong signal that the central bank is ready to boost its policy rate for a third time this year when it meets on Dec. 12-13. Yellen said that the economy has remained strong, despite the recent hurricanes. She says while chronically low inflation has failed to move higher, she believes that is temporary.

Yellen's appearance Wednesday before the Joint Economic Committee could be her last congressional testimony as Fed leader. President Donald Trump has nominated Fed board member Jerome Powell to succeed Yellen as Fed chairman.

"The economic expansion is increasingly broad-based across sectors as well as across much of the global economy," Yellen said in her remarks. "I expect that, with gradual adjustments in the stance of monetary policy, the economy will continue to expand and the job market will strengthen further, supporting faster growth in wages and incomes."

The Fed kept its key interest rate at a record low near zero for seven years from December 2008 to December 2015. Since that time it has raised rates four times, including two rates increases this year in March and June. 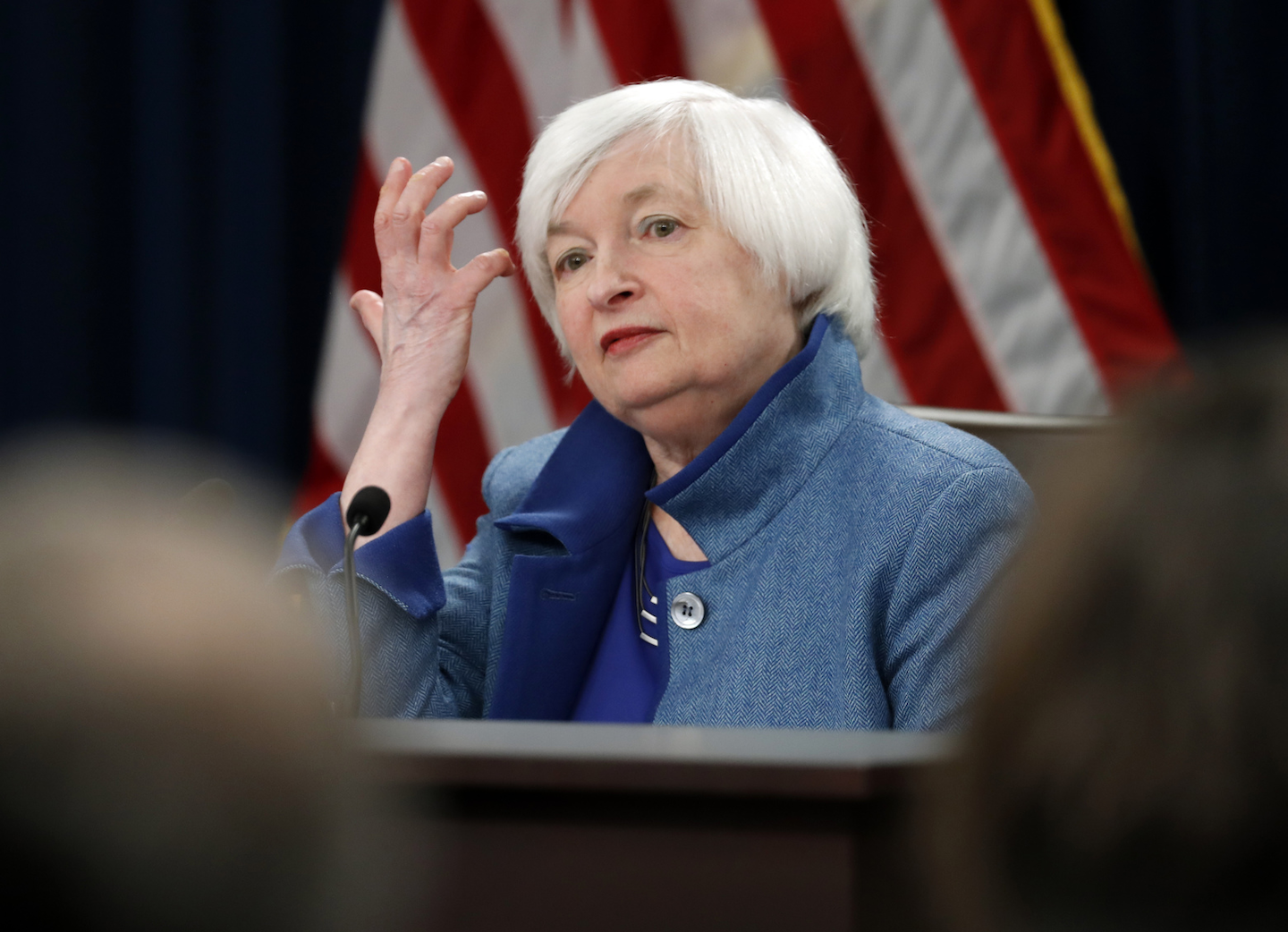 "We continue to expect that gradual increases in the federal funds rate will be appropriate to sustain a healthy labor market and stabilize inflation around (our) 2 percent objective," Yellen said.

Yellen's successor, Powell, made similar remarks in an appearance Tuesday before the Senate Banking Committee for his confirmation hearing.

During his hearing, Powell said he intended to continue Yellen's policy of gradual increases in interest rates, given that the economy is on firm footing and the unemployment rate is just 4.1 percent, its lowest point in nearly 17 years. Powell said he thinks that even with the Fed gradually raising rates — action that normally slows an economy — unemployment could dip below 4 percent.

Asked about the possibility of a December rate hike, Powell said, "I think the case for raising interest rates at our next meeting is coming together."

Minutes of the Fed's Oct. 31-Nov. 1 meeting showed that while the officials generally agreed that it would soon be time for another rate increase, they were struggling to understand what was happening with inflation. The minutes reflected a division between policymakers who worry that the Fed might be moving too slowly to raise rates and those concerned that inflation has remained chronically below the level considered desirable for the economy.

The Fed's dual mandates are to promote maximum employment and stable prices, which it has defined as inflation rising at an annual rate of 2 percent. Chronically too-low inflation can slow economic growth because consumers typically delay purchases when they think prices will stay the same or even decline.

Fed officials have generally blamed temporary factors, especially a price war among cellphone providers, for low inflation. But its persistence has raised concerns that something more fundamental might be taking place.