The data is a stark reminder of the damage done by the Great Recession and of the modest recovery that followed. 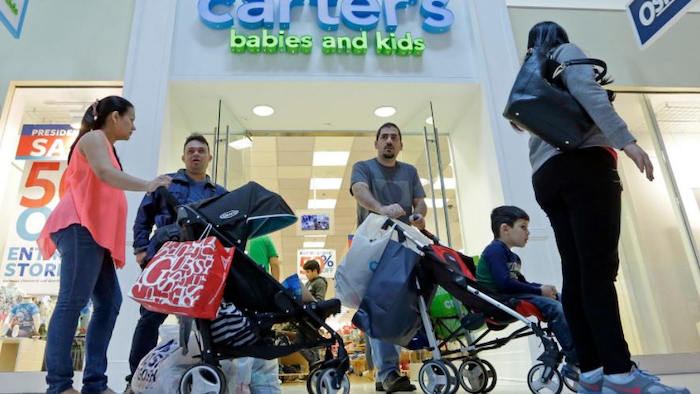 In a stark reminder of the damage done by the Great Recession and of the modest recovery that followed, the median American household only last year finally earned more than it did in 1999.

Incomes for a typical U.S. household, adjusted for inflation, rose 3.2 percent from 2015 to 2016 to $59,039, the Census Bureau said. The median is the point at which half the households fall below and half are above.

Last year's figure is slightly above the previous peak of $58,665, reached in 1999. It is also the first time since the recession ended in 2009 that the typical household earned more than it did in 2007, when the recession began.

Trudi Renwick, the bureau's assistant division chief, cautioned that the census in 2013 changed how it asks households about income, making historical comparisons less than precise.

Still, the Census data is closely watched because of its comprehensive nature. It is based on interviews with 70,000 households and includes detailed data on incomes and poverty across a range of demographic groups.

Elise Gould, a senior economist at the Economic Policy Institute, said that adjusting for the change in methodology, median income still remains below its 1999 peak. Yet she added that the census report shows that American households have made significant economic progress in 2015 and 2016.

"We are definitely pulling ourselves out of the deep hole of the Great Recession," Gould said on a conference call with reporters.

Median household income rose $4,641, or 8.5 percent, from 2014 through 2016. That's the best two-year gain on records dating to 1967, according to analysts at the Center on Budget and Policy Priorities.

Yet that improvement comes after a steep recession and a slow recovery that left most American households with barely any income increases. The lack of meaningful raises has left many people feeling left behind economically, a sentiment that factored into the 2016 elections.

Other measures of Americans' economic health improved. The poverty rate fell last year to 12.7 percent from 13.5 percent, Census said. The number of people living below the poverty line declined 2.5 million to 40.6 million.

That brings the proportion of households living below the poverty line back to pre-recession levels, though it remains about one and half percentage points higher than its lowest point, in 2000.

A family of four with an income below $24,563 was defined as poor last year.

And the proportion of Americans without health insurance fell to 8.8 percent, the report showed, down from 9.1 percent. It is the lowest proportion on record.

The Census report covers 2016, the last year of the Obama administration.

Robert Greenstein, president of the CBPP, argued that the agenda being pursued by President Donald Trump and congressional Republican leaders would reverse those gains.

The income gains reflect mostly a rise in the number of Americans with jobs and in people working full time, the agency said. That means households were more likely to include a full-time worker. It also suggests that pay raises for those who already had jobs remained meager.

Asian-Americans reported the highest household incomes, at $81,431, which was little changed from 2015.

Jared Bernstein, a senior fellow at the CBPP, said the gains among African-Americans typically occur later in an economic recovery as employers widen their searches and step up hiring among traditionally disadvantaged groups.

"The solid economy is helping to close racial gaps," he said. "It won't make them go away, but it is headed in the right direction."

The report found that the gender gap in wages narrowed last year for the first time since 2007. Women earned 80.5 percent of men's earnings, up from 79.6 percent in 2015.

Still, underneath the broad improvements nationwide, pockets of hardship remain. Poverty rates fell in the Northeast and South in 2016 but were mostly unchanged in the Midwest and West.

Una Osili, a researcher at the Salvation Army and a professor of economics at Indiana University, said the nonprofit group reported a spike in requests for health-related assistance in the Midwest last year, driven mostly by demand for opioid addiction treatment.

That happened even in states like Indiana, where the unemployment rate and poverty fell, she said.

In Nevada and some other Western states, the economic recovery has raised housing costs, offsetting some of the benefit of income growth.

In those states, "the recovery is a good thing, but your rent is now higher," Osili said.