Canadian Leader Responds To Lumber Tariffs Imposed By The US

Prime Minister Justin Trudeau warned that Canada and the U.S. could suffer a "thickening" border as trade tensions between the two countries escalate. 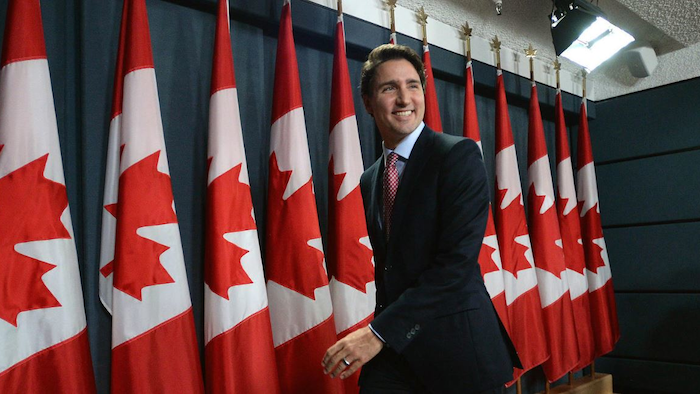 Prime Minister Justin Trudeau warned Tuesday that Canada and the U.S. could suffer a "thickening" border as the Trump administration imposes new tariffs on softwood lumber and trade tensions between the two countries escalate.

Trudeau commented a day after the announcement of new U.S. duties of up to 24 percent on softwood lumber entering the U.S. from Canada.

Trudeau, leader of Canada's Liberal Party, said the two countries are economically interconnected, but it's not a one-way relationship.

"There are millions of good U.S. jobs that depend on the smooth flow of goods, services and people back and forth across our border," Trudeau said at a news conference.

He cited free trade in the North American auto sector as an example of how a typical car part can cross the border up to six times before it ends up in a finished automobile.

"You cannot thicken this border without hurting people on both sides of it," Trudeau said. "Any two countries are going to have issues that will be irritants to the relationship. Having a good constructive working relationship allows us to work through those irritants." 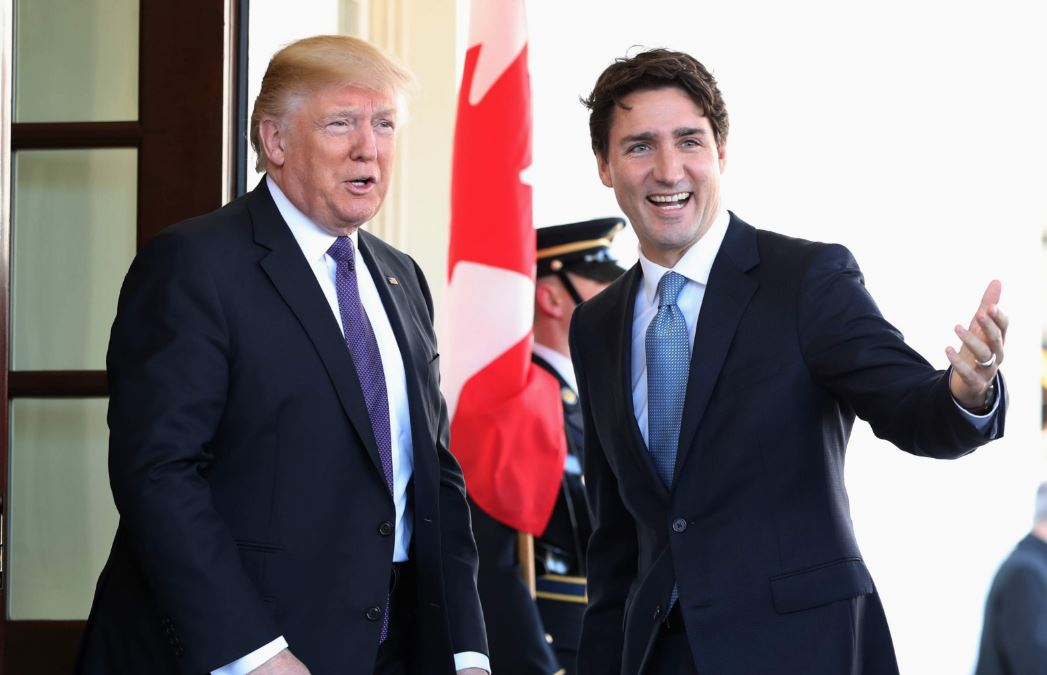 Trump and Trudeau at the White House in February (AP photo)

Trump has been railing against Canada's decision to change its policy on pricing domestic milk to cover more dairy ingredients, leading to lower prices for products, including ultra-filtered milk. Trump has called the move "a disgrace" that hurts U.S. producers in dairy states like Wisconsin.

Trump tweeted Tuesday that Canada is making life "very difficult" for American dairy farmers and that the government "will not stand" for it.

"This has been going on for a while. And we're not going to put up with it," Trump said during a roundtable Tuesday with farmers. "People don't realize Canada's been very rough on the United States. Everyone thinks of Canada as being wonderful, and so do I. I love Canada. But they've outsmarted our politicians for many years."

Later in the day, the White House said Trump and Trudeau talked by phone a few hours after the president's comments and had "a very amicable call." A statement said the two leaders discussed the dairy and lumber trade, but it gave no details.

Trudeau's government, however, offered a more detailed read-out of the call and said Trudeau "refuted the baseless allegations" by the U.S. Commerce Department about Canadian softwood lumber. It said Canada would "vigorously defend" the interests of its lumber industry and "would continue to defend its interests" in milk products.

Lumber and dairy issues were also problems under previous presidents. In softwood lumber, the countries have had a once-a-decade cycle of tariffs, trade litigation, and ultimately settlements.

Officials said Canada is not likely to challenge the new tariff legally under the North American Free Trade Agreement or with the World Trade Organization until next year.

The softwood spat is unfolding amid a much bigger trade issue — renegotiation of the North American Free Trade Agreement. Despite remarks from the president and his cabinet secretary, neither lumber nor dairy are actually part of the current NAFTA.