These moves are part of Ford's ongoing effort to expand its traditional business. 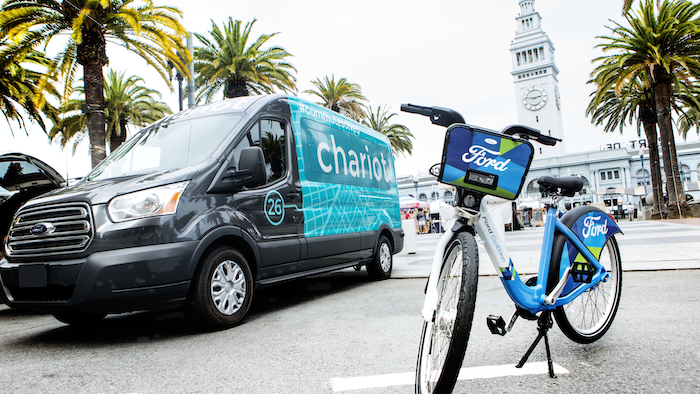 Ford Motor Co. is buying an app-based shuttle service and partnering with a bike-share company as part of its ongoing effort to expand its traditional business.

Ford is buying Chariot, which currently operates 100 14-passenger Ford Transit vans in the San Francisco area. The shuttles determine their routes by users' needs. Ford says it plans to expand the shuttle service to five more cities over the next 18 months.

Ford also is partnering with Motivate, a New York company that runs bike-sharing programs in 11 U.S. cities and in Melbourne, Australia. Ford says it plans to increase Motivate's San Francisco fleet from 700 bikes to 7,000 bikes by the end of 2018, using bicycles made in Detroit. It also will increase the number of stations where riders can get bikes. Its program, called Ford GoBike, will be accessible through its FordPass app, which launched earlier this year.

FordPass currently lets users find and pay for parking or remotely start their cars. But the company envisions a day when Ford car owners and non-owners could use the app to coordinate shared rides, rent cars or bikes and link up to public transportation. Ford could collect valuable data on where customers go and which transportation options they use. Ultimately, Ford could even offer rides in the autonomous cars it's developing.

Ford said it's also creating a team that will work with cities around the world to propose solutions to traffic congestion and run pilot programs like shuttle services.

The moves are among the first by Ford Smart Mobility, a Silicon Valley-based subsidiary formed in March to invest in promising startups and explore new modes of transportation. 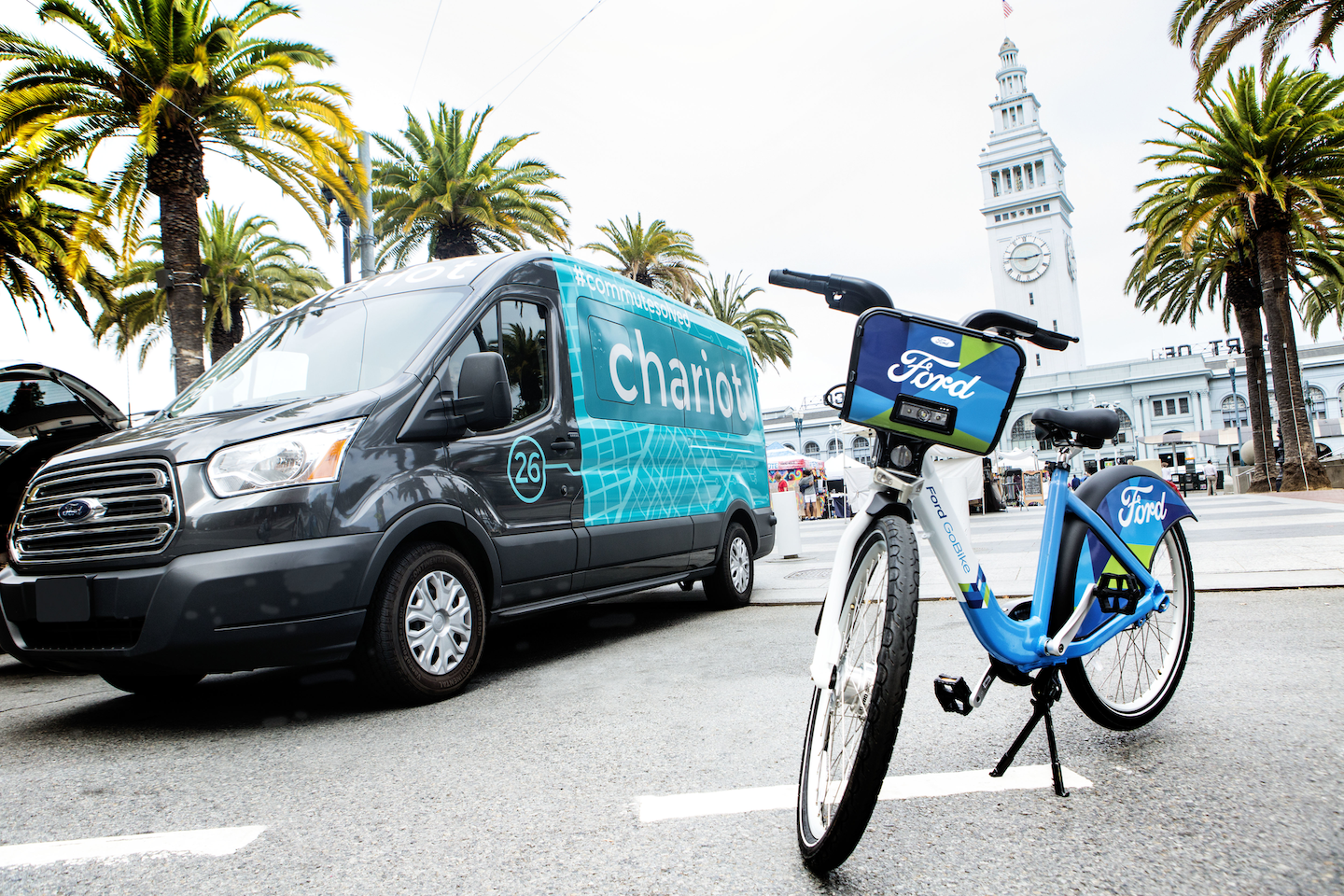 Ford CEO Mark Fields says half the world's population now lives in cities, and by 2030, that number is expected to grow to 60 percent. Congested cities hurt Ford's core business, because cars become an expensive hassle to own in big cities.

Fields says instead of just trying to sell cars in crowded cities, Ford wants to be part of the solution to congestion and keep an open mind about new ways to get around.

"Our whole reason for being, going back to Henry Ford, is making people's lives better and changing the way the world moves," Fields told The Associated Press. "We not only think we could do some societal good here, but we could also generate some business opportunities for us."

Ford isn't saying how much it is spending in the all-cash deal for Chariot, which will operate as a wholly-owned subsidiary.

Ford has been running pilot shuttle programs in Kansas City, New York, London and other cities for several years. Jim Hackett, the chairman of Ford Smart Mobility, said those tests confirmed the potential of shared shuttles. Algorithms developed by Ford and Chariot will be used to map out the best route for the shuttles.

It reflected in part a 1.2 percent increase in food costs, the sharpest rise since a 5.6 percent spike in May when many food plants were shut down.
Oct 14th, 2020
Follow Us
Most Recent