The state will offer $215 million in tax credits and abatements, and publicly finance $120 million in infrastructure improvements. 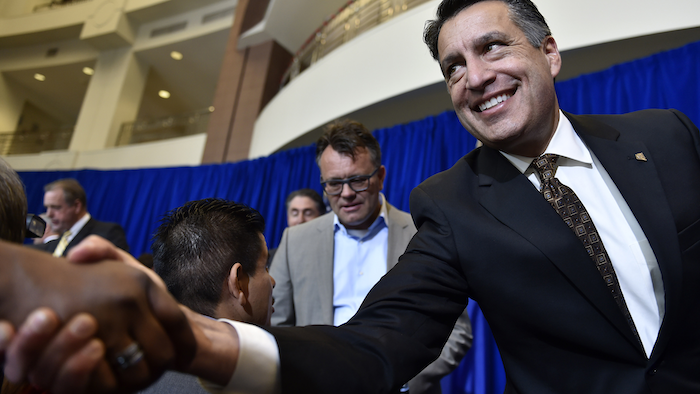 Nevada lawmakers approved a $335 million incentive package to attract upstart electric carmaker Faraday Future's billion-dollar factory to a hard-hit Las Vegas suburb, even though the company has yet to unveil a concept car or bring a product to market.

The state Assembly voted overwhelmingly in favor of the deal Saturday, after a four-day special session in Carson City. Lawmakers learned last week that Chinese billionaire Jia Yueting was backing the secretive California-based company, which employs some former Tesla Motors executives, and that Faraday plans to bring 4,500 direct jobs to Nevada.

"This is a watershed moment," said Democratic state Sen. Pat Spearman, whose district encompasses part of recession-battered North Las Vegas. "I will be happy to go back to my constituents and say the darkness that has overshadowed us has lifted."

The Senate already approved the four bills implementing the agreement. Republican Gov. Brian Sandoval, who's championed the deal as a boon to Nevada, planned to sign them.

The deal comes a little more than a year after state lawmakers approved a $1.3 billion incentive package to land a massive Tesla battery factory outside of Reno. Nevada officials said the deals are reshaping and diversifying the state's economy after decades of tying its fate to casinos.

"This is a huge win for Southern Nevada," said the Las Vegas Global Economic Alliance, a key proponent of the deal. "Nevada is quickly becoming the launching pad for ambitious companies that will play a critical role in reshaping the way we think about transportation." Nevada triumphed over California, Louisiana and Georgia in the bid to land the factory. The state will offer $215 million in tax credits and abatements, and publicly finance $120 million in infrastructure improvements at an underdeveloped industrial park in the City of North Las Vegas.

While Nevada is known for its libertarian leanings and lack of a state income tax, people who hammered out the deal say other factors ultimately won the company over.

"It's not just about the tax environment. It's about the education, the workforce development, the willingness that we have and turn on a dime in some senses and say, 'Please come to our state,'" said Republican Assembly Majority Leader Paul Anderson. "We are known now internationally as a place to come and do business. We need to keep the momentum going."

Skeptics included Republican Assemblyman Ira Hansen, who questioned the company's Chinese backing and said he wouldn't trust such an untested firm with his personal investments or with the state's.

Nevada officials who negotiated the deal testified that they built protections into the bills that acknowledge the company's short history. Faraday won't be able to tap into all of its abatements until it meets a $1 billion investment threshold.

Sandoval said Faraday hopes to break ground in January. Improvements at the arid industrial park, including planned water service, are expected to activate the sleepy site and attract other major tenants every few months, according to North Las Vegas Mayor John Lee.

"This truly is a high point in the history of North Las Vegas and the state of Nevada," he said.