Economic activity in the manufacturing sector contracted for the first time in 36 months. 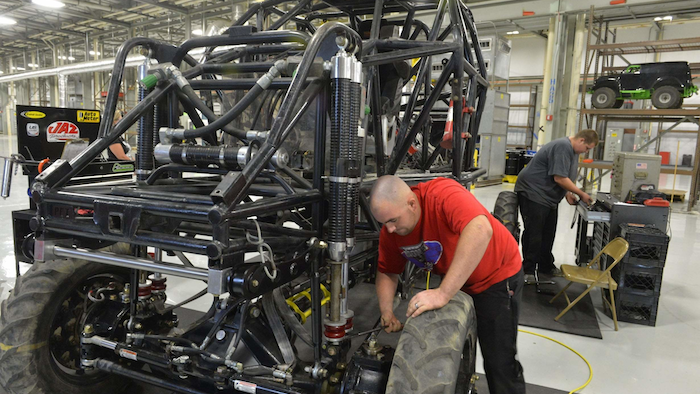 Economic activity in the manufacturing sector contracted in November for the first time in 36 months, while the overall economy grew for the 78th consecutive month, say the nation’s supply executives in the latest Manufacturing ISM Report On Business.

Bradley J. Holcomb, CPSM, CPSD, chair of the Institute for Supply Management Manufacturing Business Survey Committee states, “The past relationship between the PMI and the overall economy indicates that the average PMI for January through November (51.6 percent) corresponds to a 2.7 percent increase in real gross domestic product (GDP) on an annualized basis. In addition, if the PMI for November (48.6 percent) is annualized, it corresponds to a 1.7 percent increase in real GDP annually.”

A PMI above 43.1 percent, over a period of time, generally indicates an expansion of the overall economy. Therefore, the November PMI indicates growth for the 78th consecutive month in the overall economy, while indicating contraction in the manufacturing sector for the first time in 36 months.

“We’re contracting for the first time since November 2012,” explains Holcomb. “In fact our whole year is remarkably similar to 2012 in terms of the average PMI of about 51.6 and the fact that it has dipped down in November. The good news is that in December 2012 it jumped up to 50 followed by a good year in 2013.

“Business cycles are import to watch, but they don’t necessarily repeat themselves. At the same time, there’s nothing here in the report to suggest the sky is falling. It’s just a cooling down period dragged down mostly by raw materials inventories which I predict will be growing next time around.”

The Inventories Index registered 43 percent in November, which is 3.5 percentage points lower than the October reading of 46.5 percent, indicating raw materials inventories are contracting in November for the fifth consecutive month. An Inventories Index greater than 42.9 percent, over time, is generally consistent with expansion in the Bureau of Economic Analysis (BEA) figures on overall manufacturing inventories (in chained 2000 dollars).

“The inventories numbers are most likely low as managers don’t like a lot of excess inventory on the books for the end of the year,” explains Holcomb. “While the number is low, it was the same in December 2012, I wouldn’t expect it to stay there or certainly not to drop any further.”

ISM’s New Export Orders Index registered 47.5 percent in November, which is the same reading as in October. This is the sixth consecutive month that the survey panel indicated their new export orders decreased.

“Exports has been kind of the same story for the last six months and is just a reflection of the high price of the U.S. dollar and to some extend to the slowdown in China,” explains Holcomb.

ISM’s Imports Index registered 49 percent in November, which is 2 percentage points higher than the 47 percent reported in October, and indicates contraction in imports for the second consecutive month.

The ISM Prices Index registered 35.5 percent in November, which is 3.5 percentage points lower than in October, indicating a decrease in raw materials prices for the 13th consecutive month. In November, 1 percent of respondents reported paying higher prices, 30 percent reported paying lower prices, and 69 percent of supply executives reported paying the same prices as in October. A Prices Index above 52.1 percent, over time, is generally consistent with an increase in the Bureau of Labor Statistics (BLS) Producer Price Index for Intermediate Materials.

ISM’s Employment Index registered 51.3 percent in November, which is an increase of 3.7 percentage points when compared to the 47.6 percent reported in October, indicating a return to growth in employment following one month of contraction. An Employment Index above 50.6 percent, over time, is generally consistent with an increase in the Bureau of Labor Statistics (BLS) data on manufacturing employment.

“I think this is just an interesting month where manufacturing just took a breather. In my experience, companies don’t add people to the payroll unless they see good order opportunity going forward,” concludes Holcomb.