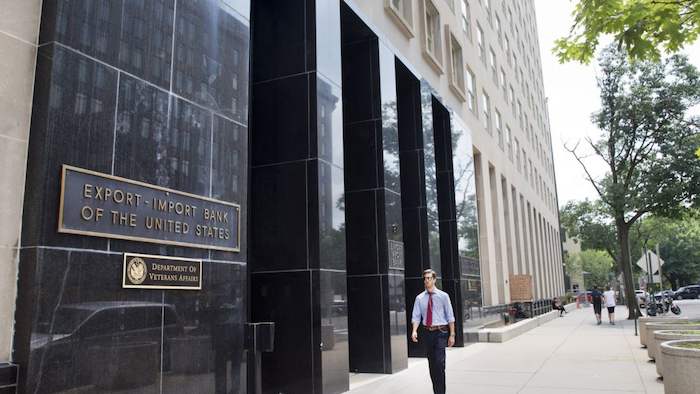 Congressional backers of the U.S. Export-Import Bank are close to reviving it four months after conservative foes ensured that its charter expired.

The bank helps overseas buyers get financing to purchase U.S. exports, and a provision reauthorizing it was attached to a popular but unrelated highway measure that the House passed 363-64 on Thursday. The bank enjoys widespread support in the Senate, and the provision is a good bet to survive negotiations on a final bill.

The bank's charter expired June 30, and it has been unable to approve new financing applications since then.

The Export-Import reauthorization has had a tortuous path. Opposition from key committee chairmen and top House leaders like Majority Leader Kevin McCarthy, a Republican, kept legislation reviving the bank from a vote for months.

Supporters, with tacit encouragement from former House Speaker John Boehner, a Republican, finally mounted a petition drive to force a vote, and the measure sailed through the House last week by a 313-118 vote — with a majority of Republicans controlling the chamber voting in favor.

Speaker Paul Ryan, R-Wis., opposes reauthorizing the bank but he did not use his new power to try to interfere with its renewal.

On Wednesday night, bank supporters easily beat back a series of amendments they said were aimed at derailing the bank's reauthorization.

"Understand the real purpose of these amendments. If it were to perfect the bill, then the authors would have been working with us six months ago or three months ago," said Rep. Frank Lucas, a Republican.

In the Senate, Majority Leader Mitch McConnell, a Republican, orchestrated its addition to the highway measure despite his opposition to reauthorizing the bank's charter.

The bank helps finance sales of U.S. exports to foreign customers through a variety of steps, including loan guarantees, direct loans and credit insurance. Much of the bank's financing benefits large corporation such as The Boeing Company, General Electric, and Caterpillar Inc. Republican-friendly business groups like the U.S. Chamber of Commerce and the National Association of Manufacturers have stressed the role the bank plays in helping small businesses. Supporters say the bank helps sustain tens of thousands of manufacturing jobs.

Opponents, including many tea party Republicans and outside groups like the Heritage Foundation, say it practices crony capitalism, awarding most of its financing to well-connected corporations. They maintain it gives an unfair advantage to foreign competitors such as airlines.