The manufacturing sector continues to be plagued by the relatively strong dollar. 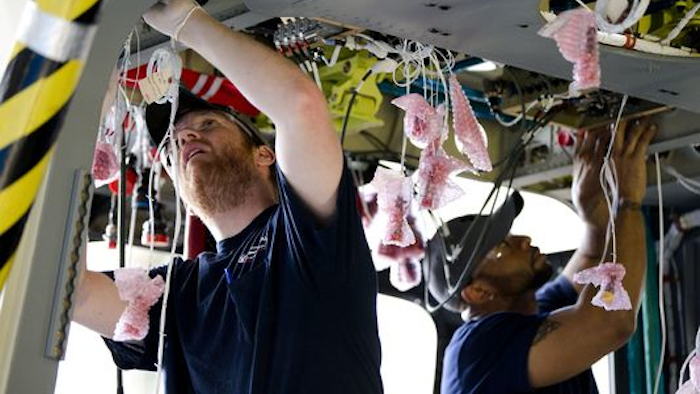 The last couple of months haven't exactly inspired confidence about the state of the U.S. manufacturing sector.

But a new report suggests that perception could be changing.

The combined index climbed from 52.3 in September to 53.9 in October.

Each of the four favorable indicators tracked by the report — sales, new credit applications, amounts of credit extended and dollar collections — were up compared to September.

"The readings this month have been a vast improvement over the readings of the previous two months, and that is certainly welcome news in a period when the bulk of the data has been trending in a negative direction," said NACM economist Chris Kuehl.

Read more: The future of manufacturing.

The NACM analysis followed a Federal Reserve report earlier in the month that showed falling manufacturing production in September, although the 0.1 percent drop was an improvement from the revised 0.4 percent decline in August.

Meanwhile, the latest report from the Institute for Supply Management pegged the Purchasing Managers' Index at 50.1 in October.

Although that level technically reflects growth, it is only narrowly ahead of the 50 percent line that divides growth and decline. The October PMI also fell from September's 50.2 percent.

Dan Meckstroth, chief economist of the MAPI Foundation, said that the PMI shows a near-standstill in production and "abnormally weak" activity. The ISM report, in particular, showed reductions in inventory levels, which Meckstroth attributed to companies clearing shelves to avoid the impact of falling prices.

The manufacturing sector continues to be plagued by the relatively strong dollar, which makes American products more expensive in overseas markets and increases deflationary pressure.

Meckstroth, however, said that although inventories are adjusting, strong consumer spending should help generate growing manufacturing production in 2016 and 2017.

Although NACM officials said that its latest report offers some optimism, they acknowledged continuing weakness in the markets for both durable goods and new homes and warned that the latest index could be an anomaly rather than a trend.

"This is the time of year that retail and services will again dominate and manufacturing will become less active," Kuehl said. "It will merit watching to see if the holiday season can stimulate some more economic expansion."