Payroll processor ADP said Thursday that employers added 200,000 jobs this month, up from 180,000 in the previous month. 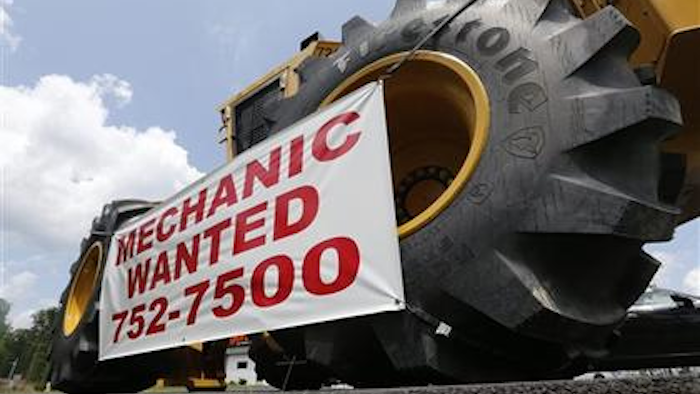 Buoyed by strong consumer spending and steady home sales, U.S. businesses added jobs at a healthy pace in September, according to a private survey.

Payroll processor ADP said Thursday that employers added 200,000 jobs this month, up from 180,000 in the previous month. August's job total was revised lower.

Americans are spending more freely and buying big-ticket items such as new cars and homes. That is offsetting weak economies overseas and the strong dollar, which are cutting into exports.

The government will issue its official jobs report for September on Friday. Economists forecast that report will show that employers added 206,000 jobs, and the unemployment rate held at 5.1 percent for the second straight month.

The ADP survey covers only private businesses and frequently diverges from the official figures.

Construction firms added 35,000 jobs, ADP said, the most since the housing bubble burst in 2006. Retail, transportation and utilities companies added 39,000.

Manufacturing, likely suffering from falling exports, shed 15,000 positions, the most in five years.

Steady job gains are bolstering consumer confidence and have boosted the housing market. Sales of existing homes reached an eight-year in July before slipping in August, and new-home sales are at a seven-year high.

That has encouraged more homebuilding: Developers started construction on 11 percent more homes in the first eight months of this year than at the same point in 2014.