Chinese exports and imports contracted in August in the latest sign of weakness for the world's second-biggest economy. 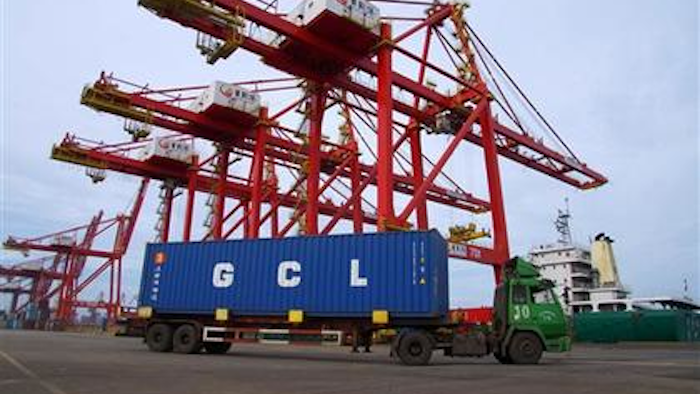 Chinese exports and imports contracted in August in the latest sign of weakness for the world's second-biggest economy.

Julian Evans-Pritchard of Capital Economics predicted that trade growth would improve over the next few months because August's figures were hit by disruption from a massive explosion at the busy Tianjin port and government enforced factory shutdowns in the run-up to a huge military parade in Beijing last week.

But the trade data along with other recent weak indicators will add further pressure on China's communist leaders as they try to keep the economy from slowing too fast and shedding too many jobs.

China's legions of export-oriented manufacturers have powered the country's remarkable economic ascent but growth is stalling amid waning global demand. The manufacturing industry's woes are compounded by Beijing's efforts to guide the economy away from trade and investment toward growth based on slower, self-sustaining domestic consumption.

The latest numbers come after a larger-than-expected 8.3 percent decline in July exports and a slew of other recent downbeat data on factory purchasing, retail sales, investment and industrial production.

China's economic growth held steady at 7 percent in the most recent quarter but doubts that Beijing can maintain that rate for the full year are rising, and were manifested in a bout of global stock market turmoil last month.

In response to signs faltering growth, policymakers in Beijing have cut interest rates five times since November, with the most recent cut coming in late August.

China also devalued the yuan last month in a surprise move that some analysts interpreted as an attempt to stimulate exports but which Beijing said was a move toward a more market-determined exchange rate.

Weakening the currency by up to 3 percent against the dollar would not have a big impact in demand for shipments, ANZ Bank economists said in a research note.