In many states, the efforts are opposed by state officials concerned that local minimum wages could create a confusing patchwork of wage rules. Opponents also say higher wages could force businesses to cut jobs or raise prices. 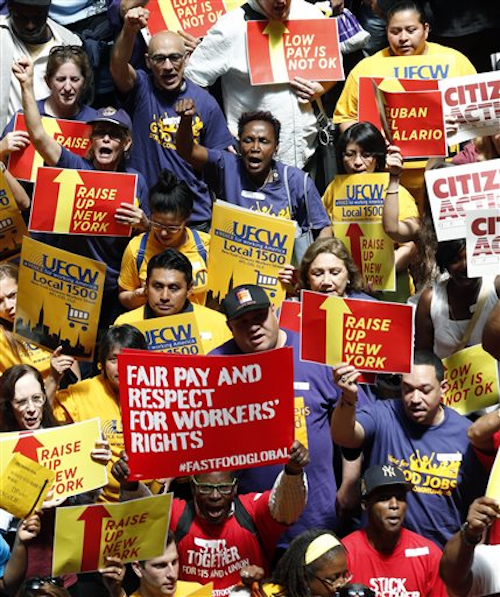 Seattle recently raised its minimum wage to $15 an hour, more than $5 higher than the state minimum. Officials in New York City, San Francisco, Chicago and other cities are also pushing to raise their starting wages.

In many states, the efforts are opposed by state officials concerned that local minimum wages could create a confusing patchwork of wage rules. Opponents also say higher wages could force businesses to cut jobs or raise prices.

Oklahoma recently passed a law to stop cities from raising the wage above the state level. Lawmakers in Rhode Island are considering the same.

Supporters say local minimum wages better compensate for big differences in the cost of living between cities and rural areas.