The World Trade Organization predicts global commerce will grow 5.3 percent next year, an improvement that would bring it back in line with its 1993-2013 historic average. 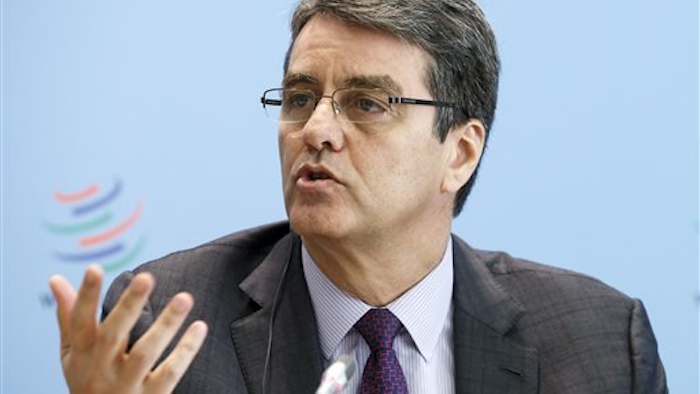 GENEVA (AP) -- The World Trade Organization predicts global commerce will grow 5.3 percent next year, an improvement that would bring it back in line with its 1993-2013 historic average.

In its annual report released Monday, the Geneva-based WTO also forecast that world trade will rise by 4.7 percent this year. This is an increase of 0.2 percentage points compared with previous forecasts for 2014.

The figures reflect growing confidence that developed countries have recovered from the economic crisis that caused global trade to slump in 2009.