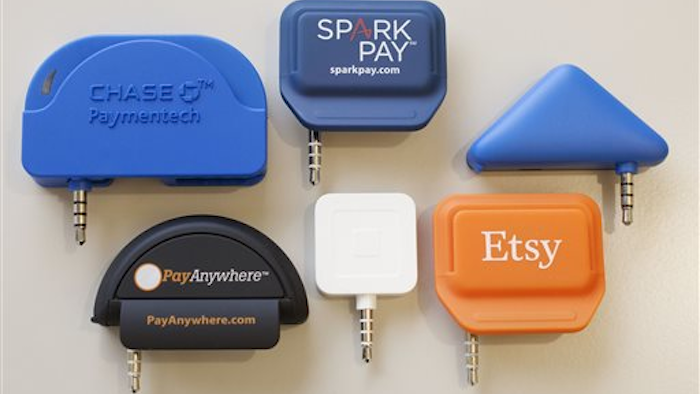 Dr. Greg Werner, a chiropractor in New York, ditched his traditional credit card reader for Square four years ago to save money. Werner has two offices, one in Manhattan and the other in Eastchester, New York. His prior credit card reader company charged his business about $50 a month for each machine. Werner now has a Square at each office that he plugs into his iPhone or iPod Touch. The device itself is free, but it takes 2.75 percent of every swipe. Werner's old credit card reader charged about 1.7 percent for each swipe for most credit cards, plus an additional 15 cents. Swiping an American Express card cost about a percent more. He estimates that he's saved several thousand dollars since making the switch.

The device has also been a hit with Werner's patients, who like that Square emails them receipts. "My patients love it," he says.

Since starting in 2009, Square had become one of the largest mobile credit card reading companies on the market. Square no longer discloses how many businesses use its device, but in 2012 the company put that number at more than 2 million businesses. And for the first time earlier this month, it processed more than $100 million in sales in a single day.

Businesses need to do the math to see if using a mobile credit card reader is cheaper than a traditional one, says Todd Ablowitz, president of payments consulting company Double Diamond Group. Bigger businesses that accept a lot of credit card payments may find traditional credit card terminals cheaper in the long run. They charge monthly fees, but they generally take a smaller percentage of each transaction, sometimes below 2 percent, says Ablowitz.

Mobile readers make sense for online businesses that rarely sell goods in person. Ruthie Youngman, the owner of jewelry company LoveYourBling, mostly sells her handmade baubles on LoveYourBling.com and online marketplace Etsy.com. But she occasionally heads to craft fairs and other events, which is when she brings Square's device with her. Without the ability to accept credit cards, she would miss out on potential sales. "People just don't carry cash anymore," Youngman says.

Small business owners should also be aware of change coming to credit card industry this year. Credit card issuers will start making cards with computer chips that are supposed to make it tougher for hackers to steal credit card numbers and other information. The chip-based cards can be dipped into a terminal, instead of being swiped. In October, merchants that don't update their credit card terminals to accept chip-based cards will be expected to pay the cost of any fraud that occurs on one of the cards. Square is already taking pre-orders for a reader that can accept cards with chips. The new reader, which will cost $29, can also swipe cards, and the free swipe-only device will continue to be available. Square's competitors haven't announced plans yet, but many expect to offer a reader than accepts chip-based cards in the future.

Not all card issuers will be offering chip-based cards right away, Ablowitz says, so small businesses will have to decide if they want to make the switch based on how many chip-based cards their customers start to use.