An index designed to predict the future health of the economy posted a third straight solid gain in November. The Conference Board said Thursday that its index of leading indicators increased 0.6 percent last month, matching the revised October gain. The October reading had originally... 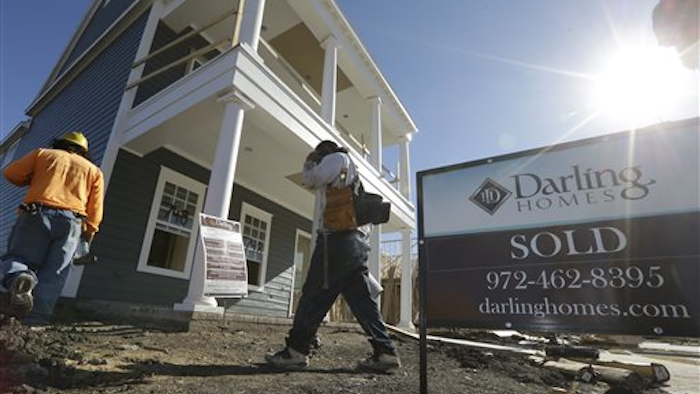 An index designed to predict the future health of the economy posted a third straight solid gain in November.

The Conference Board said Thursday that its index of leading indicators increased 0.6 percent last month, matching the revised October gain. The October reading had originally been reported as a 0.9 percent increase. The index rose 0.8 percent in September after being unchanged in August.

Conference Board economists say the widespread gains in the leading index are pointing to strong underlying conditions in the U.S. economy that should propel growth through the winter.

"The biggest challenge has been, and remains, more income growth," said Conference Board economist Ken Goldstein. "However, with labor market conditions tightening, we are seeing the first signs of wage growth starting to pick up."

The leading index is composed of 10 forward-pointing indictors. In November, eight of the 10 indicators showed gains with the strongest contributions coming from the spread on interest rates and new manufacturing orders. The two components which held the index back were weekly unemployment claims and applications for building permits.

Joshua Shapiro, chief U.S. economist at MFR Inc., said that the main message being sent in recent months by the leading index is that the overall economy is poised to turn in solid growth of around 3 percent.