Trade unions have opened a month of intermittent strike action by paralyzing the port of Antwerp and slowing train traffic through much of Belgium. Monday's protest action targeted measures by the nation's business-friendly government to cut into employees' income, extend working time and... 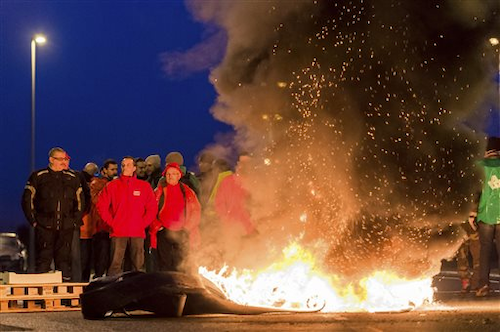 Trade unions have opened a month of intermittent strike action by paralyzing the port of Antwerp and slowing train traffic through much of Belgium.

On their first of three Mondays of regional strikes, the unions targeted Antwerp, with Europe's second biggest port, and made sure no ships could enter of leave the docks. Port workers have been particularly angered by measures to extend the start of pensions by two years.

Port worker Frank Verhulst complained it would force them to work until the age of 67. "But it is a very hard job here," he said.

Labor action is to culminate in a nationwide strike on Dec. 15.