U.S. Manufacturing Ahead Of The Bell

The Institute for Supply Management reports on U.S. manufacturing production, orders, and other activity in October. The ISM, a trade group of purchasing managers, will release its manufacturing index at 10 a.m. Eastern time Monday... 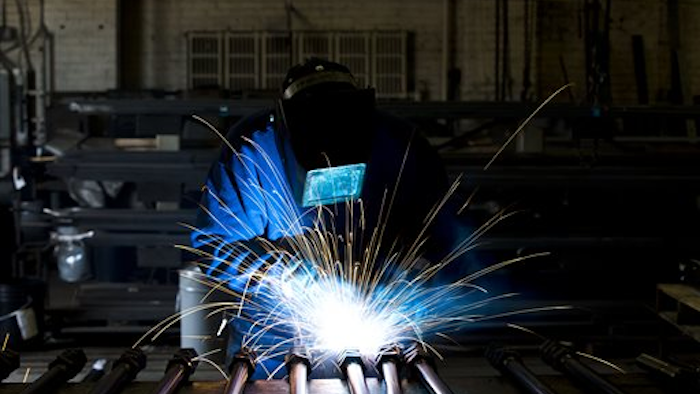 The Institute for Supply Management reports on U.S. manufacturing production, orders, and other activity in October. The ISM, a trade group of purchasing managers, will release its manufacturing index at 10 a.m. Eastern time Monday.

Economists forecast that the index slipped last month — to 56.3 from 56.6 in September, according to a survey by FactSet. Any reading above 50 signals growth.

The September reading was down from 59 in August and interrupted two months of solid gains. Expectations for hiring and new orders slipped in September. Economists blamed the deceleration in part on a broader slowdown among U.S. trading partners. Europe is at an economic standstill and risks slipping into its third recession since 2008. China's economic growth slowed to a five-year low 7.3 percent in the July-September quarter from a year earlier.

U.S. orders for long-lasting manufactured goods also fell in September for the second straight month, the Commerce Department reported last week, though economists view the drops as a temporary setback.

Overall, the U.S. economy has shown signs of strength. The Commerce Department reported last week that U.S. economic growth came in at an annual rate of 3.5 percent from July through September. The third-quarter growth was driven by gains in business investment, exports and increased military spending.

Employers are adding nearly 227,000 jobs a month this year — on pace to make 2014 the best year for job creation since 1999. The unemployment rate has tumbled to a six-year low 5.9 percent in September from 7.2 percent a year earlier.

In a sign of increased confidence in the economy, the Federal Reserve this month ended a bond-buying program intended to push long-term interest rates lower and encourage more spending and borrowing. The Fed still plans to keep short-term rates near zero — where they've been since 2008 — for a "considerable time."