UPS is expecting an 11 percent jump in December shipments as the holiday shopping season heats up. The company recently is hiring up to 95,000 people to handle the tremendous volume this year, way up from the 55,000 seasonal workers it hired in 2013. Major U.S. shipping... 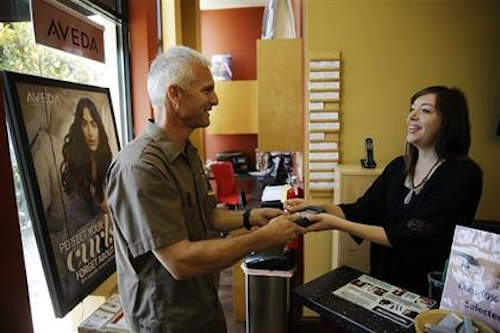 UPS is expecting an 11 percent jump in December shipments as the holiday shopping season heats up.

The company recently is hiring up to 95,000 people to handle the tremendous volume this year, way up from the 55,000 seasonal workers it hired in 2013.

Membership for Amazon.com spiked in the weeks before the holidays because of its free-shipping benefits, and traditional retailers who saw their sales take a hit followed suit with their own free-shipping programs.

UPS was forced to hire an additional 30,000 people just to keep up, but it was too late and some deliveries did not make it until after Christmas.

UPS is doing everything it can to stay ahead of the rush this year, and Chief Financial Officer Kurt Kuehn said Friday that the company is confident that it will operate at the highest level.

UPS delivered 1.1 billion packages worldwide in the quarter, a 6.9 percent increase from the prior-year period.

The company's daily packages in the U.S. also climbed 6.9 percent thanks to increased demand from business-to-business and business-to-consumer customers. International export shipments rose 9.4 percent on strong growth in Asia and Europe.

In addition, United Parcel Service Inc. maintained its guidance for 2014 adjusted earnings between $4.90 and $5 per share. Analysts polled by FactSet predict $4.95 per share.