Coca-Cola said it plans to slash costs by $3 billion a year after the world's biggest beverage maker reported disappointing sales on flat soda volume.The Atlanta-based company said it will reach its cost-cutting goal by 2019 through a variety of measures, such as restructuring its global supply chain. It did not specify how... 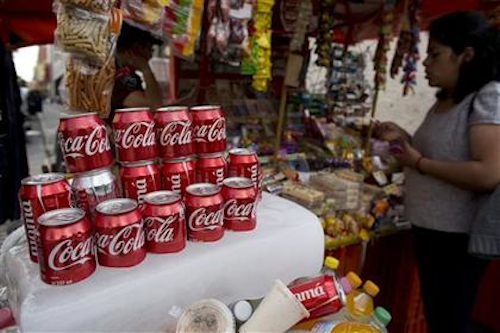 The Atlanta-based company said it will reach its cost-cutting goal by 2019 through a variety of measures, such as restructuring its global supply chain. It did not specify how many jobs would be lost as a result, but said most changes will be communicated by early next year.

The maker of drinks including Powerade, Sprite and Diet Coke said the savings will help fund the marketing that's needed to drive up sales.

As sales of their drinks have slowed, Coca-Cola and rival PepsiCo have both sought to improve their financial performance by trimming costs. In the U.S., they're also trying to boost sales by pushing "mini-cans" positioned as a way to control portions.

Earlier this month, PepsiCo said soda volume for the region fell 1.5 percent for the quarter, while non-carbonated drinks rose slightly.

Although Coca-Cola and PepsiCo sell a variety of other drinks, both are trying to figure out how to turnaround their flagship soda businesses. Americans have been cutting back on soft drinks over the past decade, in part because of concerns about sugar. More recently, executives have blamed concerns about the artificial sweeteners for even steeper declines in diet sodas.

In the latest quarter, Coca-Cola said its focus on smaller sizes helped lift revenue for North America, even though volume declined.

Coca-Cola said profit nevertheless fell 14 percent, dragged down by unfavorable currency exchange rates. The company said it expects this year's earnings per share to miss its long-term target of high-single-digit growth. It also lowered the low end of its long-term revenue target, and its stock tumbled more than 6 percent.