Treasury Secretary Jacob Lew said Monday the Obama administration will decide "in the very near future" what actions it can take to make it less profitable for U.S. companies to shift their legal addresses to other countries. A growing number of U.S. companies are shifting their addresses abroad in an effort to... 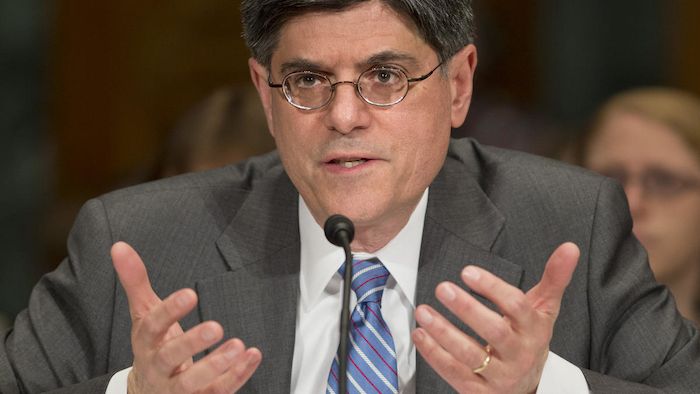 Treasury Secretary Jacob Lew said Monday the Obama administration will decide "in the very near future" what actions it can take to make it less profitable for U.S. companies to shift their legal addresses to other countries.

A growing number of U.S. companies are shifting their addresses abroad in an effort to reduce their U.S. taxes. The maneuver is known as a corporate inversion.

In a speech Monday morning, Lew said these companies are eroding the U.S. tax base and shifting the burden of funding the government to other taxpayers. He said the best way to address the issue is for Congress to overhaul the U.S. tax code making it more attractive for companies to stay in the U.S.

With tax reform facing an uncertain future in Congress, Lew pressed lawmakers to pass legislation making it harder for U.S. companies to pull off corporate inversions.

"Still, the administration is clear-eyed about the possibility that Congress may not move as quickly as necessary to respond to the growing wave of inversions," Lew said. "Given that, the Treasury Department is completing an evaluation of what we can do to make these deals less economically appealing, and we plan to make a decision in the very near future."

An inversion happens when a U.S. corporation and a foreign company merge, with the new parent company based in the foreign country. For tax purposes, the U.S. company becomes foreign-owned, even if all the executives and operations stay in the U.S.

About 50 U.S. companies have carried out inversions in the past decade, and more are considering it, according to the nonpartisan Congressional Research Service. The recent wave of inversions has been dominated by health care companies, including drugmaker AbbVie, which has announced plans to merge with a drug company incorporated in Britain.

In August, Burger King announced that it will acquire Tim Hortons, the Canadian coffee-and-doughnut chain. Burger King executives insist they are not trying to escape U.S. taxes. But some members Congress are skeptical, mainly because the corporate headquarters of the new parent company will be in Canada.

Several Democrats in Congress have announced bills to make it harder for U.S. corporations to carry out inversions, and President Barack Obama included provisions in his 2015 budget request to limit inversions.

Experts are divided over how much Treasury can do without action by Congress.

Lew said, "Any action we take will have a strong legal and policy basis, but will not be a substitute for meaningful legislation — it can only address part of the economics. Only a change in the law can shut the door, and only tax reform can solve the problems in our tax code that leads to inversions."