As a national push continues to recruit talented girls and young women into math- and science-related careers, a new study underlines the importance of mentoring and other social support systems for ... 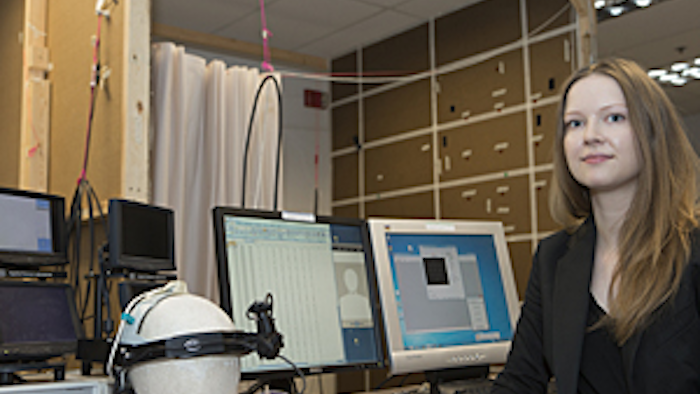 As a national push continues to recruit talented girls and young women into math- and science-related careers, a new study underlines the importance of mentoring and other social support systems for women pursuing those research professions.

Mary Jean Amon, a doctoral student in the University of Cincinnati’s psychology program, presented her findings at the annual convention of the American Psychological Association in Washington, D.C.

“Gender stereotypes manifest in a variety of ways in a work environment, such as conflicting role expectations, a lack of authority and a variety of small, interpersonal cues that signal the potential bias against women,” writes Amon. “It is common for organizations to promote policies against blatant acts of discrimination and sexual harassment, but it is less common for them to recognize the unconscious acts of bias that frequently occur.”

Amon says as a result, the women in the study revealed how they played distinct roles within different contexts, remaining vigilant to cues regarding gender-role expectations.

Amon used a research tool called PhotoVoice to gather accounts from female graduate students in the STEM disciplines. She calls PhotoVoice an emerging research tool that encourages study participants to use photography to detail experiences and express opinions. “It’s an approach to learning about a community and their experiences, and often the findings are translated into policies,” explains Amon.

The study revealed that social support systems – encouragement from research advisors as well as family and friends – played a key role in helping women overcome challenges in these male-dominated professions. “I was surprised at the major role that social supports took in helping women persevere in these fields,” says Amon. “They were very sensitive to their mentor’s feedback. I think that’s true for the general population in research fields. However, when these women reported having lower confidence and higher perfectionism and their mentors were offering negative feedback or just weren’t around, these women felt like they took a major hit.

“On the other hand, even in the face of failure, if their mentor told them it was all OK, that would really smooth over their personal turmoil about pursuing their career,” says Amon.

Amon suggests additional diversity training to support women in STEM professions, as well as self-development opportunities to increase the motivation of women entering these fields over applied work or teaching. The paper also suggests initiatives such as mentoring programs, flexible work hours or maternity and paternity leave, to bolster the STEM employee’s support network and sense of work-and-life balance.