The head of the economic development organization in Vermont's largest county made a series of recommendations Monday for the state to help protect the 4,000 jobs at the IBM electronics plant in Essex Junction. 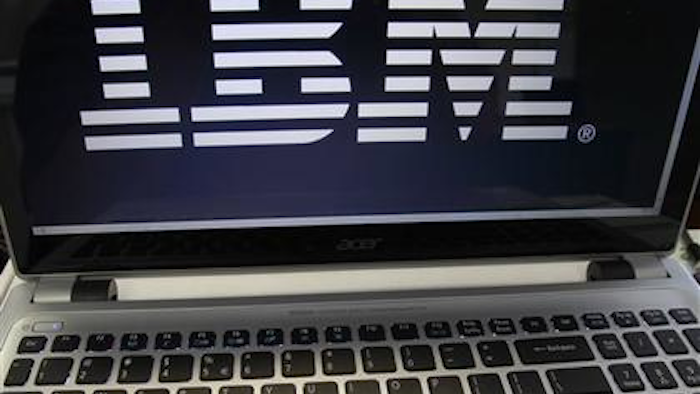 BURLINGTON, Vt. (AP) -- The head of the economic development organization in Vermont's largest county made a series of recommendations Monday for the state to help protect the 4,000 jobs at the IBM electronics plant in Essex Junction.

The proposal would encourage IBM, or whatever company could own the facility in the future, to continue to take advantage of the campus and its workforce, said the development official, Frank Cioffi of the Greater Burlington Industrial Corporation, whose organization developed the recommendations.

"Regardless of what name is on the door of the IBM Vermont enterprise, we all must act immediately and convincingly to demonstrate out state's commitment, our region's commitment, to the success and well-being of the IBM enterprise in recognition of its present and future value," Cioffi said during a news conference at his organization's Burlington headquarters.

He laid out a series of proposals that included support for IBM, workforce training programs, a reduction in operating costs for the plant, tax cuts and spending $4.5 million out of the Vermont Enterprise Fund, created by the Vermont Legislature and due to take effect on July 1.

He was joined at the news conference by Pat Moulton, the secretary of Vermont's Agency of Commerce and Community Development.

They were responding to published reports that IBM is considering selling the division that includes the Vermont plant. Armonk, New York-based IBM has not publicly discussed the reports nor did it respond to a request for comment.

Cioffi and Moulton said they had no knowledge of any pending sale of the Essex Junction plant, where microelectronic chips are designed and manufactured.

But the possibility IBM could sell the plant with at least the theoretical loss of the thousands of jobs, which generate in direct and indirect impacts about $1 billion to the Vermont economy, has sent a shiver through Vermont's business community and the administration of Gov. Peter Shumlin.

Moulton said she felt it was unlikely the plant would close and the jobs disappear from one day to the next, but the state would be ready to respond to any eventuality.

"We've faced plant closings in the past. We are ready to respond with appropriate resources for affected people, resources to see how to bring in new companies, help existing employees start their own businesses," Moulton said.

"We are not planning on any of that, frankly," she said. "We're planning on trying to work with the management at both companies, certainly at IBM, to work with whomever they may be talking to to retain what we have here."