U.S. factories expanded last month at their weakest pace in a year, with orders, hiring and production all growing more slowly. The Institute for Supply Management, a trade group of purchasing managers, said Monday that its manufacturing index slipped... 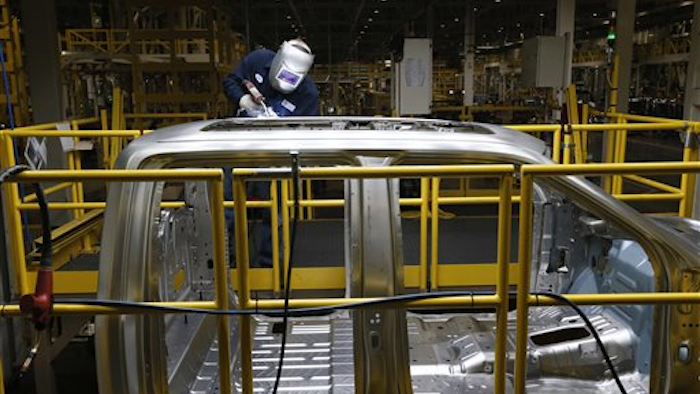 U.S. factories expanded last month at their weakest pace in a year, with orders, hiring and production all growing more slowly.

The Institute for Supply Management, a trade group of purchasing managers, said Monday that its manufacturing index slipped to 52.9 in February from 53.5 in January. It was the fourth straight drop and the lowest reading since January 2014. Still, any reading above 50 signals expansion.

The ISM's measures of production and employment fell sharply, though they remained in expansionary territory. That suggests that factories are still adding jobs but at a slower pace than in January.

U.S. manufacturers have been held back in recent months by weak growth in China, Europe and Japan. That's been partly offset by strong consumer demand in the United States.

Overall, factory growth is still boosting the U.S. economy, but at a more sluggish pace than it did last year. The ISM's index reached a three-year high of 58.1 in August.

Some respondents to the ISM's survey blamed a labor slowdown at West Coast ports for disrupting shipments of needed parts and materials. That dispute has since been resolved, a breakthrough that could give factories a small boost in coming months.

"Even allowing for that disruption, a reading of 52.9 is no reason to panic," said Paul Ashworth, chief U.S. economist at Capital Economics, a forecasting firm. "It still points to modest overall growth."

Still, overseas demand has now contracted for two straight months. A measure of export orders dropped to 48.5 in February from 49.5 in January.

A strengthening dollar, which makes U.S. exports more expensive overseas, has also been a drag. The trade deficit — the amount by which the value of U.S. imports exceeds that of exports — widened in the October-December quarter. The deficit subtracted 1.1 percentage points from the economy's growth rate for the quarter. The economy expanded at a 2.2 percent annual rate in the fourth quarter, down sharply from a 5 percent pace in the July-September quarter.

Another drag has come from U.S. businesses, which are investing less in industrial machinery and other equipment. Oil drilling firms are spending less on developing new fields as the price of oil has plummeted roughly 50 percent since June. Business investment in equipment rose just 0.9 percent in the fourth quarter.

On the brighter side, lower gas prices have left Americans with more money to spend on other goods and services. Consumer spending jumped by the most in nine years in last year's fourth quarter. In January, consumer spending rose a solid 0.3 percent, after adjusting for prices, which fell last month.

More spending is keeping some factories busy. Auto sales jumped 14 percent in January from a year earlier, the best January sales in nine years. Analysts expect sales to top 17 million this year for the first time in a decade.

Greater production of consumer goods, such as furniture, computers and clothing, increased factory output in January, according to the Federal Reserve.

How a model-based enterprise can help streamline engineering processes, boost quality, and promote better sharing and utilization of digital assets.
May 3rd, 2021
Follow Us
Most Recent