NASA engineers have produced a material that & hellip;

NASA engineers have produced a material that absorbs on average more than 99 percent of the ultraviolet, visible, infrared, and far-infrared light that hits it -- a development that promises to open new frontiers in space technology.The team of engineers at NASA's Goddard Space Flight...

NASA engineers have produced a material that absorbs on average more than 99 percent of the ultraviolet, visible, infrared, and far-infrared light that hits it -- a development that promises to open new frontiers in space technology.

The team of engineers at NASA's Goddard Space Flight Center in Greenbelt, Md., reported their findings recently at the SPIE Optics and Photonics conference, the largest interdisciplinary technical meeting in this discipline. The team has since reconfirmed the material's absorption capabilities in additional testing, said John Hagopian, who is leading the effort involving 10 Goddard technologists.

"The reflectance tests showed that our team had extended by 50 times the range of the material’s absorption capabilities. Though other researchers are reporting near-perfect absorption levels mainly in the ultraviolet and visible, our material is darn near perfect across multiple wavelength bands, from the ultraviolet to the far infrared," Hagopian said. "No one else has achieved this milestone yet." 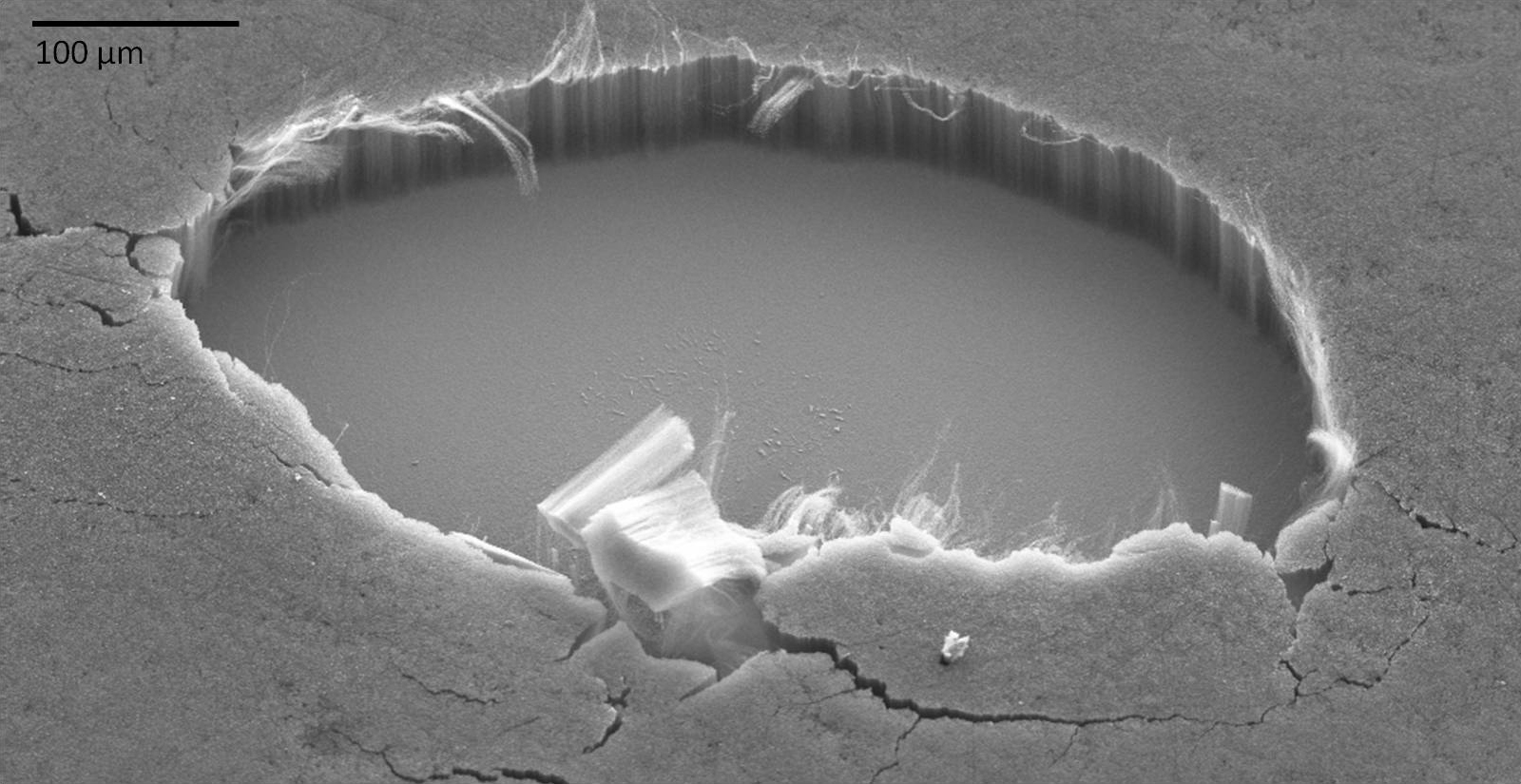 This close-up view (only about 0.03 inches wide) shows the internal structure of a carbon-nanotube coating that absorbs about 99 percent of the ultraviolet, visible, infrared, and far-infrared light that strikes it. A section of the coating, which was grown on smooth silicon, was purposely removed to show the tubes' vertical alignment. (Credit: Stephanie Getty, NASA Goddard)