Halliburton accuses BP of "negligent misrepresentation, business disparagement and defamation" over its actions leading up to, and after, the nation's worst oil spill.

HOUSTON (AP) -- Halliburton has filed suit against BP for "negligent misrepresentation, business disparagement and defamation" over its actions leading up to, and after, the nation's worst oil spill.

Halliburton on Friday also said it was amending its claims against BP Plc in ongoing multi-district litigation in New Orleans, so that it includes fraud.

The Houston oil services company says BP provided it with inaccurate information about the location of oil and gas before Halliburton performed cement work on the Macondo well in the Gulf of Mexico on the day of the spill. It also says BP omitted information in later public statements, filings and investigations.

The actual location of the oil and gas is critical to a company performing cementing work, Halliburton said. The location of determines how much pressure is needed and what kind of cement mix is required.

"Halliburton remains confident that all the work it performed with respect to the Macondo well was completed in accordance with BP's specifications for its well construction plan and instructions," the company said in a statement.

The suit was filed Thursday in Texas state court. 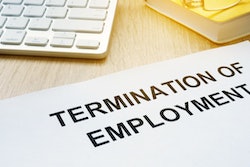 A senator asked the FTC to investigate whether prices have been improperly manipulated.
January 25, 2023

The union representing conductors has long raised safety concerns about the proposal.
January 20, 2023

The federal government had ordered Union Pacific Railroad to step up its shipments.
January 16, 2023

Prices have more than doubled over the past year.
January 11, 2023

The year-to-date total is now behind the previous year's pace.
January 9, 2023

Vehicle sales dropped to their lowest level in more than a decade.
January 5, 2023

It's to prevent millions of chickens and hundreds of thousands of cattle from starving.
January 4, 2023