Medtronic To Buy Ardian For $800M

Privately held Ardian makes a catheter system designed to treat high blood pressure by deactivating nerves around the kidneys, a therapy called renal denervation. Ardian's Symplicity Catheter System was approved in Australia and Europe but is not yet cleared for sale in the U.S. Medtronic already owns 11 percent of the Mountain View, Calif., company.

"(Hypertension) is a significant, escalating global healthcare problem affecting approximately 1.2 billion people and is associated with an increased risk of heart attack, stroke, heart failure, kidney disease and death," said Sean Salmon, vice president and general manager of Medtronic's coronary and peripheral business. "We view renal denervation for the treatment of uncontrolled hypertension as one of the most exciting growth markets in medical devices."

Medtronic is scheduled to announce its fiscal second-quarter results on Tuesday morning. Its shares rose 10 cents to close at $34.70 on Monday. 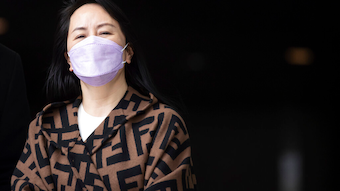 The final leg in her extradition hearings was set to begin next week.
Apr 22nd, 2021