Most business experts agree that when the “all-clear” sounds, we will not be emerging to find the same business landscape that we left. 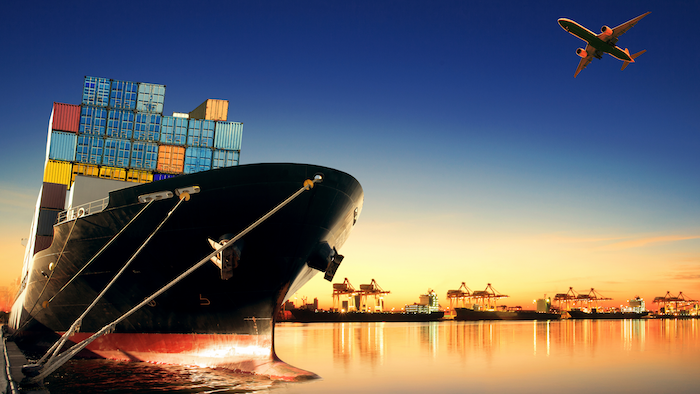 I believe it is safe to say that even those manufacturing companies with the best-laid supply chain contingency plans found themselves ill-prepared to handle the myriad issues that the COVID-19 disruption has brought on. Even best practice examples such as limiting the procurement of a key or strategic commodity to a single source, or adjusting inventory levels from Just in Time, to Just in Case, would not be enough. So what has made this disruption different from those companies have faced before?

With its origins in China, the first ripples of disruption hit production facilities in Wuhan and surrounding areas where labor shortages due to the virus began impacting their ability to meet international production orders. As production slipped, the ripples extended to freight carriers and all of the related service providers associated with moving goods from factories to the waiting planes and cargo ships.

With production reduced to a trickle, the ripples quickly turned into waves, impacting tens of thousands of domestic manufacturers and retailers with lost orders and sales.

For some companies, this stage is where proactive disruption planning would initially pay off as they were able to shift all or a portion of their China-based orders to alternative sources. But even this strategy was not enough as this disruption is anything but typical. Instead of just waiting for the interrupted capacity to come back online, fighting the COVID-19 disruption now requires companies to take unprecedented steps, which results in cutting off production demand itself.

At the same time warehouses and distribution centers began closing or scaling back operations. With their inability to either accept new shipments or move existing inventory, manufacturers and retailers began stopping their shipments, requesting that containers either not be loaded on ships, or arranging to have them held at the port of entry/destination. This behavior required some U.S. Port Authorities to begin securing adjacent space where the cargo could be stored, with some carriers offering shippers demurrage-mitigation options by allowing them to store their containers on their property.

On the opposite side of the demand coin, grocers and other consumer goods retailers must place replenishment orders with limited visibility or rationale as to what’s driving the demand.

The impact of this unpredictable demand -- such as early runs on  toilet paper -- creates what’s referred to in the supply chain as the “bullwhip effect” where the beginning demand surge, like the small flick of a whip, rapidly intensifies up the chain, finally producing the whip’s violent crack at the end in the form of costly overproduction.

This effect also triggers a host of other supply chain inefficiencies. For example, a common scenario reported from the trucking industry is of shippers buying up full truckload (FTL) capacity for less-than-truckload-size loads to ensure faster delivery, thus further reducing pooling capacity while driving up costs. And given how this disruption has impacted express couriers and final-mile service providers, shippers who have traditionally relied on their transportation execution systems to optimize delivery scheduling and cost must now confirm via new status updates from their carriers regarding their ability to fulfill an order.

The current emphasis on limiting physical contact is reminiscent of work I performed after the terrorist attacks of 9/11 where the emerging discipline of Supply Chain Security required companies to understand each physical touch point of their goods. From the supplier’s manufacturing floor to final delivery, each point represented a potential opportunity for a terrorist compromise.

And while the on-site exercise was designed to perform security-related risk assessments, it doubled as an exercise in Lead Time to Order Compression. The reveals to management were always quite interesting as existing processes were questioned and scrutinized. As a result, it was not surprising to see entire warehouses, distribution centers and/or service providers disappear.

A similar exercise today would not only serve as the first step toward disruption contingency planning, but could expose weak links in both existing supply chains and internal business processes that just might lead to some timely efficiencies.

I’ve found it fascinating to observe the behavioral changes that the pandemic has created in our society. Take restaurants for example. As self-quarantine and social distancing requirements forced them to either temporarily close or dramatically alter their service offerings, we witnessed traditional Carry Out’evolve into Curb-Side Pick Up. Soon,  businesses began offering ‘touchless purchasing’ and ‘contactless free delivery’ as customer-preferred options.

It’s not hard to imagine the positive impact this could have on e-commerce – particularly as members of the older generation begin using it for the first time out of necessity, but now preferring it because it’s easy, secure and available at a wide range of businesses. On business in general, what other behavioral changes and business opportunities might we see?

While only time will tell, one point that most all business experts agree on is that when the “all-clear” sounds, we will not be emerging to find the same business landscape that we left. The impact of the disruption from COVID-19 is indeed unprecedented and like past disruptions, some businesses will not survive while others will find innovative ways to adapt and flourish amongst disruption. So even if you were prepared for disruption, the bigger question now becomes, how prepared are you for change?