Microsoft shareholders have approved an $84 billion pay package for new CEO Satya Nadella, despite concerns raised by an investor advisory group. The tech giant has seen strong financial performance and its stock is up roughly 30 percent for the year. But the advisory... 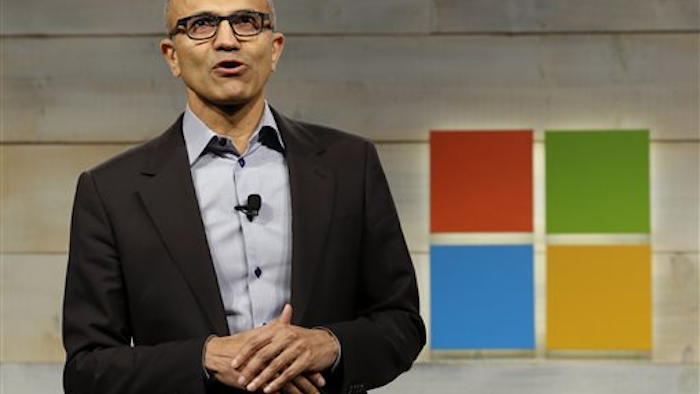 The tech giant has seen strong financial performance and its stock is up roughly 30 percent for the year. But the advisory group, Institutional Shareholder Services, said it has "significant concerns" about the size of stock grants awarded to Satya Nadella, who was named CEO in February. The group also cited plans to award future stock grants without setting what it considers adequate performance standards.

Nadella's pay largely consists of stock grants that won't vest for several years. Microsoft said the grants are an incentive for strong performance. Microsoft said shareholders approved the deal at the company's annual meeting Wednesday but detailed voting results were not immediately available.