Witnesses in the area reported hearing several explosions during the fire. 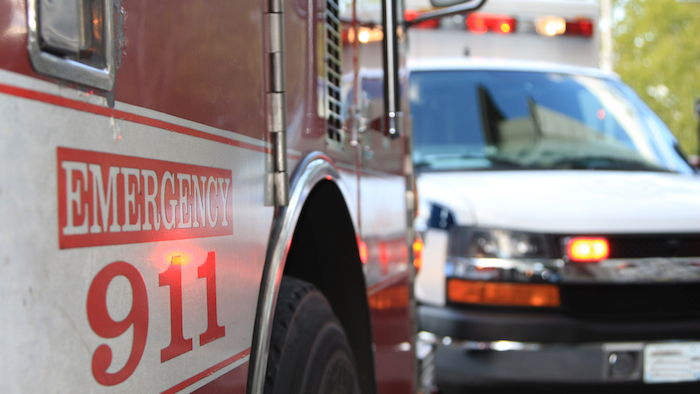 AFFTON, Mo. (AP) — A firefighter was injured Thursday during a large fire at a chemical plant in eastern Missouri that forced evacuations in nearby neighborhoods.

Fire personnel responded to the scene at the Manor Chemical Plant in Affton, where the fire was reported about 2:45 p.m., authorities said. Witnesses in the area reported hearing several explosions during the fire.

Employees of the plant were evacuated safely and the fire was extinguished by about 5 p.m., said Lt. Matt Coppin of the Metro West Fire Protection District. The firefighter was taken to a hospital but Coppin said he didn't know the extent of the injuries or how the firefighter was injured.

The south St. Louis County business is a wholesale chemical distributor but also makes "custom blends" of chemicals for cars, paint, printing, dry cleaning and industrial manufacturing, according to its website. Some of the products Manor Chemicals sells include acetone, rubbing alcohol and other flammable chemicals.

Students in Affton schools were held past dismissal until about 4:45 p.m., when school officials were allowed to release them. Affton is about 11 miles (17.70 kilometers) southwest of St. Louis.

The voluntary principles come as federal agencies increase scrutiny of Tesla's Autopilot driver-assist system after two men were killed in a fiery crash.
Apr 27th, 2021
Follow Us
Most Recent