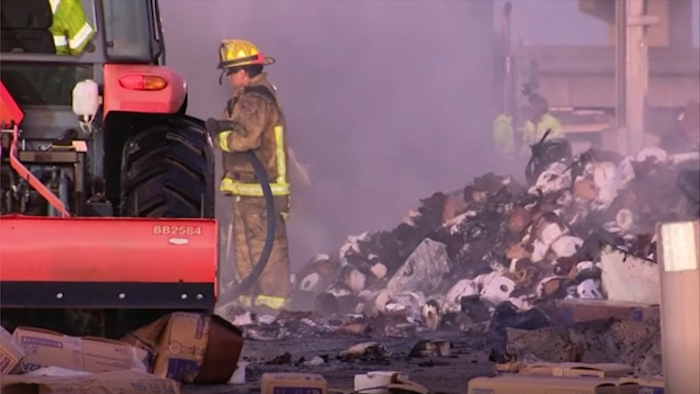 The fire shut down westbound lanes of Interstate 20 near Interstate 45 in Hutchins, the Texas Department of Transportation said. The driver of the truck is OK, officials said.

The toilet paper appeared to be large rolls typically used in stores, restaurants and other businesses. Texas Department of Transportation officials said the load of toilet paper “burned extensively,” according to Dallas TV station WFAA.