The mothers of two men killed by a toxic paint stripper took a step toward suing the Environmental Protection Agency on Wednesday for failing to take quick action to remove the product from the market. 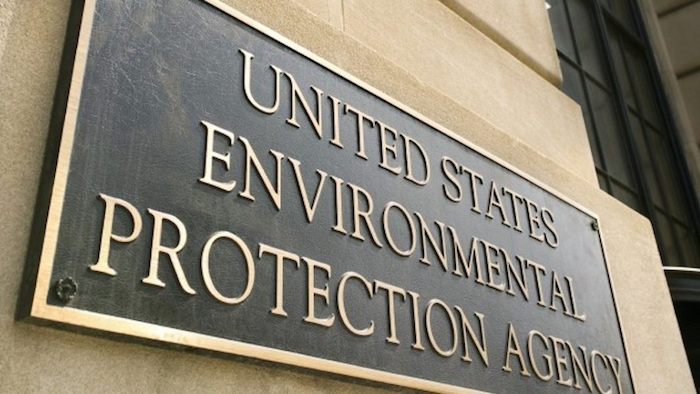 The mothers of two men killed by a toxic paint stripper took a step toward suing the Environmental Protection Agency on Wednesday for failing to take quick action to remove the product from the market.

The EPA had pledged in May, after then-Administrator Scott Pruitt met with families of two victims, to wrap up action "shortly" on proposed Obama-era regulations that would eliminate most allowable uses of the paint-stripping solvent methylene chloride.

The agency disclosed earlier this month that it is now weighing rules that would allow a particular use of the solvent, in commercial furniture refinishing, to continue, and that it is aiming to have a rule finished by the end of the year.

The U.S. Centers for Disease Control and Prevention says methylene chloride poses "extreme hazards" to people using it. California says it has tracked at least five deaths from the paint stripper nationally since 2014.

The dead include an El Salvador-born laborer in California last year unable to read any English-language warning labels, and 21-year-old Kevin Hartley of Tennessee, who died last year while refinishing a bathtub, despite his job-safety training.

"How many more have to be lost before they take action and ban this? I mean, this is — this is crazy," said Wendy Hartley, the dead man's mother, and one of those who met with Pruitt in May.

"They have the facts right there in front of them. Just do it," Hartley said Wednesday. "They just need to issue the ban."

Hartley and the mother of another methylene chloride victim joined a national labor organization representing Spanish-speaking workers and environmental and public-health groups in formally notifying the EPA of their intent to sue over what they said was the agency's failure to issue a ban. The notification is a required step ahead of any lawsuit.

Asked Wednesday about the status of the rule and the notification of intent to sue, EPA spokeswoman Molly Block said, "EPA is currently evaluating the proposal and regulation of this substance and its uses to determine the appropriate regulation - and its legal defensibility."

The EPA under President Barack Obama had concluded that methylene chloride posed an "unreasonable" risk and proposed banning all consumer sales and most commercial uses. Pruitt's EPA did not indicate what a final rule would look like.

Pruitt, one of the most energetic agents in the Trump administration's regulation-cutting mission, initially shelved the pending methylene chloride rule indefinitely after becoming head of the agency. He reversed himself and promised action after the meeting with relatives of Hartley and another victim, Drew Wynne of North Carolina.

Pruitt resigned amid ethics scandals this summer. While courts have since blocked many of Pruitt's deregulatory moves, Pruitt's acting successor at the agency, Andrew Wheeler, is seen as moving more carefully to shape deregulatory efforts that will stand up to court challenges.

Home Depot, Lowe's and some other major retailers have announced since May — after survivors joined advocacy groups in campaigning for the ban — that they would voluntarily stop carrying methylene chloride.