A National Transportation Safety Board investigator said long time frames for fixes are not uncommon, because of the inconvenience involved in grounding planes for repairs. And an FAA spokeswoman said the four-year window was determined by the estimated 46 hours required to fix each jet. Safety regulators put the cost at $6,000 per plane. 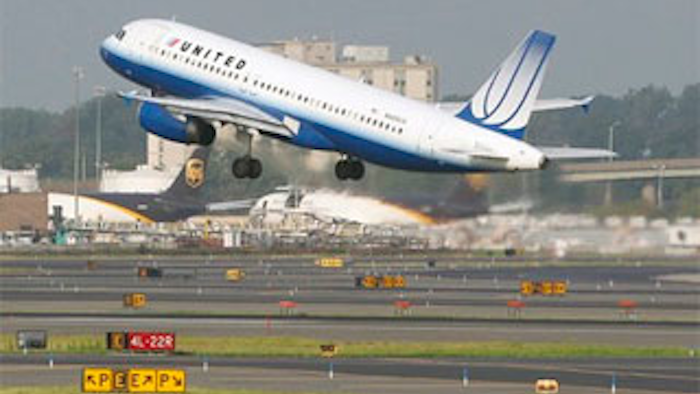 NEWARK, N.J. (AP) — As United Flight 731 climbed out of Newark with 107 people aboard, the pilot and first officer were startled to find screens that display crucial navigational information were blank or unreadable and radios were dead.

They had no way to communicate with air traffic controllers or detect other planes around them in the New York City area's crowded airspace.

"I made a comment to the captain about steering clear of New York City, not wanting to get shot down by USAF fighters," first officer Douglas Cochran later told investigators. He wasn't joking: "We both felt an extreme urgency to get this aircraft on the ground as soon as possible."

Within minutes, Cochran and the captain had turned around and safely landed the Denver-bound Airbus A320 at the Newark airport. Cochran later told investigators that clear weather might have been the only thing that saved them from a crash.

The January 2008 emergency was far from the first such multiple electrical failure in what is known as the Airbus A320 family of aircraft, and it wasn't the last, according to records reviewed by The Associated Press. More than 50 episodes involving the planes, which first went into service more than two decades ago, have been reported.

And it could be another few years before the last of the thousands of narrow-body, twin-engine jets in use in the U.S. and overseas are modified to counteract the problem. The Federal Aviation Administration issued an order in 2010 giving U.S. airlines four years to make the fixes. The FAA's European counterpart did the same thing in 2009.

While no accidents have been blamed on the problem, the pilots union in the U.S. wanted the FAA to give airlines just two years to comply, but the FAA rejected that.

"These things cost money and the industry is in bad shape, so you have the economics thrown into it. But if the end result is higher airfares and higher cost of transportation, then that is the price we have to pay to ensure a safe transport system," said Moss, a California-based commercial pilot with 34 years' experience, including 14 years flying Airbuses.

A National Transportation Safety Board investigator said long time frames for fixing problems are not uncommon, because of the inconvenience involved in grounding planes for repairs. And FAA spokeswoman Allison Duquette said the four-year window was determined by the estimated 46 hours required to fix each jet. Safety regulators put the cost at $6,000 per plane.

France-based Airbus told NTSB investigators in 2008 that 49 electrical failures similar to the Newark emergency happened on its planes in the U.S. and abroad before that episode. Nearly half involved the loss of at least five of six cockpit displays.

Also, pilots who post to a website operated by NASA have described at least seven more instances of multiple electrical failure that forced them to abort takeoffs or make unscheduled landings. Four happened after the FAA directive was issued in 2010.

Rudy Canto, director of flight operations-technical for Airbus Americas, said that temporary electrical failures in all makes of jets aren't uncommon and that all planes have backup systems — as well as backups to the backups — to handle those situations. New Airbus models are equipped with an automatic power switchover to counteract failures like the one at Newark, Canto said.

But Patrick Smith, a commercial pilot since 1990 who has written extensively on aviation safety for www.askthepilot.com, said he has never experienced anything remotely similar to the multiple failures described by Cochran and others.

"I can't even recall a case of losing more than a single non-critical instrument, so the idea of all critical flight displays going out at once is pretty radical," Smith said.

Also, electrical failures that cause communication blackouts are more dangerous nowadays, given the post-Sept. 11 fear of terrorists seizing the cockpit.

It isn't known how many of the 633 A320-series jets operated by U.S. carriers are flying without the required modification because airlines do not have to notify the FAA about each. But United said earlier this year that it has completed work on more than half its fleet of 152 Airbuses covered by the FAA's directive, while USAirways said it has modified more than 60 percent of its 189 affected Airbuses. Delta didn't respond to requests for information about its Airbus fleet.

About 2,400 of the planes in service with non-U.S. carriers are required to make the modification, according to Airbus. A spokesman for the European Aviation Safety Agency said the organization doesn't have figures on the number of planes fixed.

A pilot who recounted a 2009 incident on NASA's Aviation Safety Reporting System said that 28 years and 20,000 hours of flying experience couldn't help him explain why the cockpit was "like walking into a simulator with no power or batteries on ... only light was the moon." The website does not identify the airlines or airports involved.

On the Newark flight, Cochran told investigators, nearly all cockpit indicators and gauges were lost, including his standby attitude indicator, a display that enables pilots to keep a plane at the correct angle. His primary attitude indicator also failed, but re-emerged shortly before landing.

"If they'd had bad weather, they could have lost the airplane, absolutely," said Moss, who has conducted accident investigations and served as an expert witness in aviation cases. "It was just dumb luck that it was daytime and the visibility was good."

In the Newark tower, a chilling thought occurred to controllers as Flight 731 circled back without warning: Was this another 9/11 about to unfold?

"You could see him making a hard right and then another turn; he's deviating off his course and loaded with fuel," a controller working that day recalled. The controller spoke to the AP on condition of anonymity because of rules against talking to the media. "He turned back east and was going right toward New York, and I thought, 'Oh, here we go again.'"

A 2006 failure described by Britain's Air Accidents Investigation Branch was similarly alarming. Ninety minutes into an EasyJet flight from Spain to England, electronic instrument displays and radio communications went dead. As the pilots struggled to fix the problem, the Airbus stopped sending radar signals for 10 minutes.

With "no means of knowing where the aircraft was or what had happened to it," French air traffic controllers diverted another plane that would have passed through the same airspace less than 20 seconds apart, according to the British report.

The plane landed safely in England with the pilots trying unsuccessfully to reach the control tower with cellphones. They told investigators they worried they would be intercepted by military aircraft if they tried to land at another airport.

Bozin said increased awareness of the problem has improved the situation "immensely" even though many planes are still flying without the required modification — an automatic power switchover.

"With both Airbus, through its communication with its customers, and FAA, which has put out safety bulletins on this issue, we feel that the procedures have been sufficiently emphasized that we are safe right now even before we get the ultimate solution, which is the automatic switchover," he said.

While the NTSB has called the electrical failures "a significant safety risk" on takeoffs and landings in low visibility, long gaps between when a safety recommendation is issued and when airlines must carry it out are not uncommon, an investigator in the Flight 731 probe said.

"I would love for it to be done immediately as a safety protocol, but that can't happen," said Scott Warren, team leader of an NTSB group that investigates electrical and hydraulic failures. "That puts a huge burden on the operators to ground the planes every time a safety recommendation is made. So you have to evaluate whether it makes sense to wait a month, two months, four months, or more." 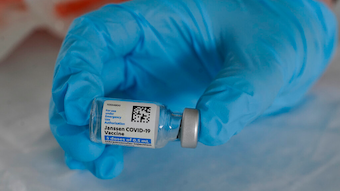 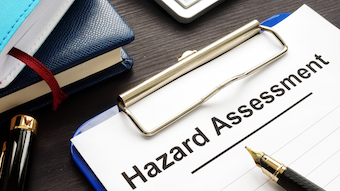 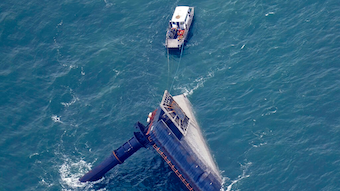 They are the first of what is expected to be numerous lawsuits filed over the capsizing of the Seacor Power, a 234-foot-long lift boat.
Apr 26th, 2021 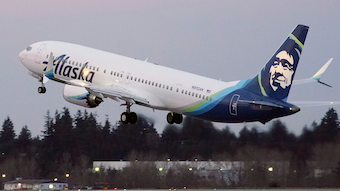 More than 100 new Boeing 737 Max jetliners remain grounded by problems with an electrical issue.
Apr 23rd, 2021
Follow Us
Most Recent