Silo Collapse Sends About 10,000 Tons Of Corn Onto Road

A silo collapse has sent about 10,000 tons of corn onto an Ohio road, shutting it down for days. 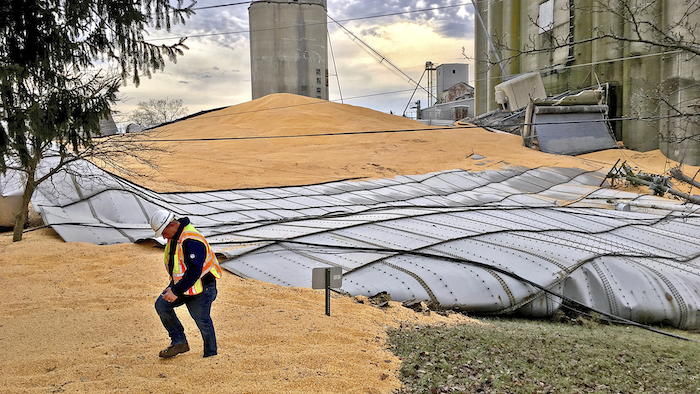 WHIO-TV reports emergency crews first responded to calls of an explosion at the Miami Valley Feed & Grain Co. in New Carlisle late Sunday night. Fire officials say there was no explosion and the sounds came from the silo collapsing.

The collapse also damaged another building. The company says no employees were in the area at the time and no injuries were reported.

Officials say the collapse took out several power poles and lines, causing more than 300 customers to lose electrical service. Department of Transportation officials say Ohio State Route 571 is expected to be closed until at least Wednesday.

An investigation into the collapse is ongoing.