A miner killed by falling rock at a Kentucky coal mine early Thursday is the state's second mining fatality this year, matching the total from all of 2016, authorities said. 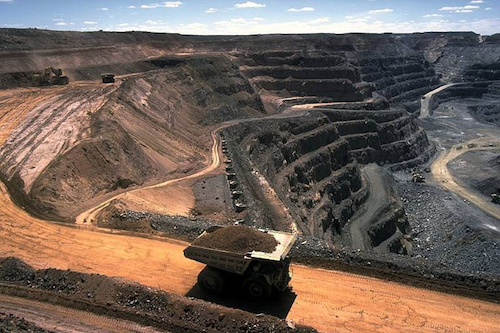 LOUISVILLE, KY — A miner killed by falling rock at a Kentucky coal mine early Thursday is the state's second mining fatality this year, matching the total from all of 2016, authorities said.

Joseph W. Partin died when a 15-foot-tall section of exposed rock fell on him at Green Hill Mining's No. 51 surface mine in the southeast part of the state, according to state officials. The 33-year-old miner was performing maintenance work on an auger when the rock fell.

Last year the mining industry set a record low for mining deaths with nine fatalities nationwide. Partin's death was the fourth nationally this year. The other two were in West Virginia.

A release from Kentucky's Energy and Environment Cabinet said mining operations were shut down at the Green Hill site and officials remained on the scene Thursday morning.

Gov. Matt Bevin offered condolences to the family after the death at the Whitley County mine.

"During times of great sorrow, communities must come together and find strength in one another," Bevin said in a statement.

A miner for eight years, Partin was working at a so-called highwall mining site, where an auger is used to bore holes into the side of exposed earth and rock.

His death occurred a little more than a week after Bevin signed a law giving the state Department of Resources commissioner leeway to reduce the number of state inspections at underground coal mines. The new law does not affect inspections at surface mines.

The Green Hill Mine surface mine, about 20 miles from the Tennessee line, has a good safety record and an inspection was last performed there in December. A review of federal inspection records showed no serious violations at the site operated by Green Hill since 2005.

Nationally, Partin's death was the first at a surface coal mine since May 2015, when a miner was pinned between two vehicles in Pike County, Kentucky.