Why The Industry Should Fight to Save The Chemical Safety Board

You don’t know what you got ‘til it’s gone. 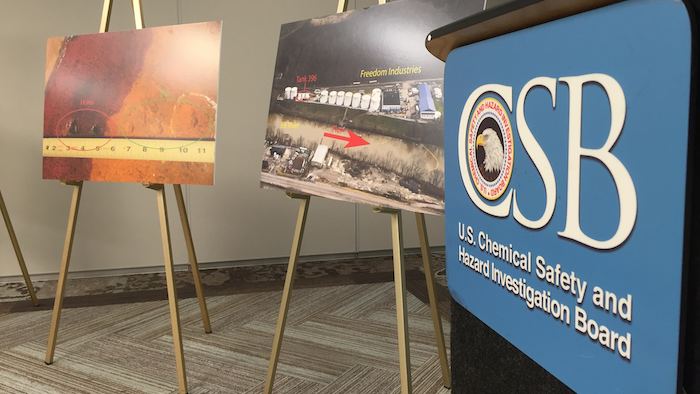 The U.S. Chemical Safety Board has been in a rare place the last few weeks: the spotlight.

Typically, this little-known agency operates in the shadows of major industry disasters, swooping in once the dust has settled to meticulously record and then analyze the sequence of events. Ultimately — sometimes after years of scrutiny — the CSB issues a report and offers recommendations for the industry to help make sure whatever went wrong never happens again.

But this month, the agency was thrust into the public eye after President Donald Trump proposed a 2018 budget that completely cuts the CSB (along with 18 other agencies).

It was baffling to see the CSB on the chopping block. This 50-person agency operates on a shoestring $12 million budget — a pittance compared to other parts of the federal government. And unlike the Environmental Protection Agency, which gets a lot of flak from the industry for regulatory overreach, the CSB isn’t known to stir up too much controversy.

So for a few days, a flurry of articles bubbled up online explaining the role of the CSB and why it matters. One particularly brazen Houston Chronicle headline even proclaimed there would be “Death and Destruction” without the CSB.

This momentary public outcry might not be enough to penetrate budget negotiations, however, and turn the tide back in the CSB’s favor.

For that, industry should step in.

Will The Real CSB Please Stand Up?

Many Americans may not know what the CSB does — but they would, no doubt, be comforted to know that there’s a watchdog out there with chemical plant safety as its prime mission. And if this agency gets nixed, there’s no other body to step in and do its dirty work.

I recently chatted with John Crosman, a process safety expert with Sphera (which develops environmental health and safety software), about the issue and he said he can’t think of any way to create another CSB that could accomplish the same goals.

Theoretically, industry leaders could step in to save the CSB with money — but that’s deeply problematic.

“The Department of Defense probably spends more than the CSB’s budget in a year on toilet paper,” Crosman quipped. “Major chemical and oil and gas producers could easily throw 10 times that amount at it to keep this thing going. But I don’t know if that would work because the issue here is not funding.”

Even if your Dows, DuPonts and BPs of the world kick-started an agency like the CSB, the public would likely never trust the recommendations of a group with corporate backing.

And public trust is exactly what’s at stake here.

The CSB not only investigates accidents, it publishes those results for all to see. Would a multinational be OK if an agency it was giving money to aired its dirty laundry and missteps? That’s unlikely.

Crosman also noted that, as an independent agency, the CSB has certain liberties in investigations and access to information that a private enterprise would not share. No matter how you look at it, the CSB can’t be duplicated.

Right now, the CSB cut makes it look like the Trump administration wants to help the chemical industry get away with bad things. I doubt that’s true, of course. (In fact, Crosman even wondered if the line item cut happened on accident).

This is why it’s important to show the public that even though the chemical industry — like all industries — may have accidents, it is committed to learning from them and preventing future catastrophes.

To that end, Crosman suggested that chemical companies lobby hard to make sure the CSB doesn’t go anywhere. Call lawmakers, call industry lobbyists and get the word out that the CSB is a crucial part of the industry’s safety culture.

The CSB also has an awesome YouTube channel that has developed a sizable cult following because of the agency’s sleekly produced videos that describe the complex chemistry behind major accidents.