DNA Hunt On as Chipotle-Linked E. coli Outbreak Grows to 37

Chipotle's industry-leading commitment to tracking its ingredients from farm to table is being put to the test by an E. coli outbreak that has sickened at least 37 people as of Tuesday, nearly all of whom ate recently at one of the chain's restaurants in Washington state or Oregon. 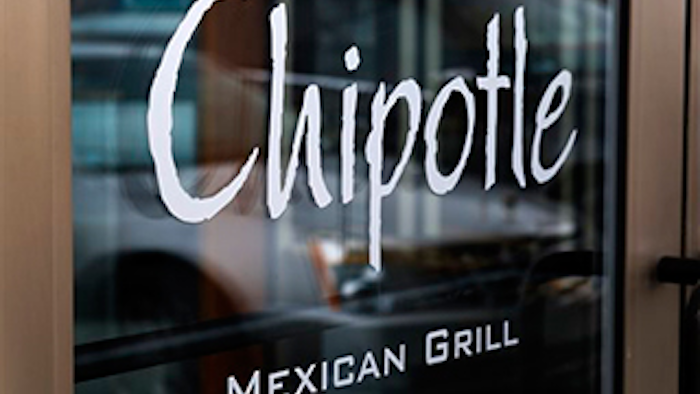 SEATTLE (AP) — Chipotle's industry-leading commitment to tracking its ingredients from farm to table is being put to the test by an E. coli outbreak that has sickened at least 37 people as of Tuesday, nearly all of whom ate recently at one of the chain's restaurants in Washington state or Oregon.

Scientists also said Tuesday that they identified the specific microorganism responsible, which they believe was carried on fresh produce such as lettuce or tomatoes.

The chain of casual Mexican restaurants voluntarily closed 43 locations in the two states after health officials alerted them to a growing number of E. coli cases involving people who shared one common experience: a meal at Chipotle during the last two weeks.

Now they're doing more tests, on samples of human waste and on any E. coli found in food samples, looking for any exact DNA matches. That, in turn, should indicate which ingredient carried it into the meals of diners, Lindquist said.

Food from six Chipotle stores linked to the outbreak is being tested, and Lindquist said they may know by Wednesday which produce, if any, tests positive for the same microorganism.

Multi-state outbreaks have increased sharply in recent years, the Centers for Disease Control and Prevention reported Tuesday. On average, two dozen occurred from 2010 to 2014, up from six a year from 1973 to 2010. That's partly due to better detection, but food industry consolidation has meant companies ship to wider networks of grocery stores and restaurants now, so tainted products can spread more widely as well.

In this case, identifying the supplier of any contaminated produce should be easier in this case than in other outbreaks of food-borne illnesses. Chipotle uses traceability software supplied by a company called FoodLogiQ, based in Durham, North Carolina, and has made a point of promoting its transparency, promising consumers that it can trace every box of fresh ingredients from farm to table, in real time.

"Ideally, any of these trace-back systems should help," said Jaydee Hanson, a senior policy analyst at the Center for Food Safety, a Washington, D.C.-based nonprofit that promotes food safety and sustainable agriculture.

In 2008, health officials initially suspected raw tomatoes to be the source of a salmonella outbreak that sickened people around the country, Hanson recalled. Without adequate ways of tracing tomatoes or other contaminated produce to their origins, everybody stopped buying tomatoes, everywhere.

In this case, Chipotle has been able to have a much more targeted response.

"Being able to quickly find where the problem is, is why our organization and others have been arguing for good traceability, from farm to fork," Hanson said. "Chipotle is to be commended for trying to put in place a system to trace its supply, and hopefully it works this time."