Recent research from the University of California, San Diego and Johns Hopkins University suggests cooking with spices and herbs could close the 1,000 mg gap between the amount of sodium Americans consume on a daily basis, and the amount recommended by the Dietary Guidelines for Americans. 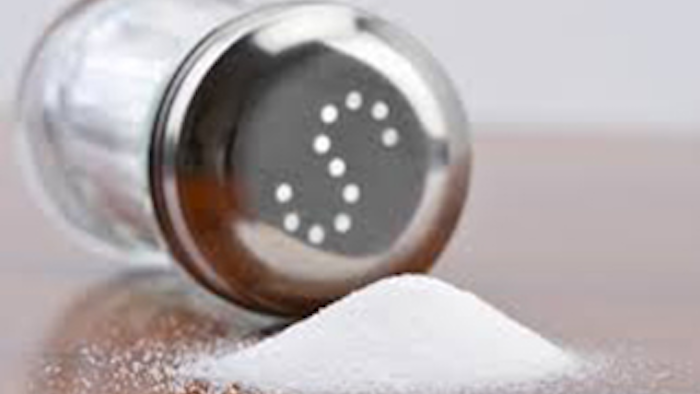 SPARKS, Md. (PRNewswire) — Recent research from the University of California, San Diego and Johns Hopkins University suggests cooking with spices and herbs could close the 1,000 mg gap between the amount of sodium Americans consume on a daily basis, and the amount recommended by the Dietary Guidelines for Americans.  The study was funded by the McCormick Science Institute, the independent research arm of McCormick & Company Incorporated, a global leader in flavor.

In the study, entitled "Effects of a behavioral intervention that emphasizes spices and herbs on adherence to recommended sodium intake," researchers taught adults to flavor their food with spices and herbs instead of salt.  At the end of the trial, the intervention group, who had tools including spices and herbs as well as cooking demonstrations, were able to reduce sodium intake by an average of 956.8 mg/day – which is about 1/3 of the average sodium adults consume each day.1,2

"Cutting back on sodium is a message Americans have been hearing for many years," said Dr. Hamed Faridi, McCormick's Chief Science Officer.  "One of the main concerns with reducing salt content is that often times it impacts flavor, which makes eating less satisfying.  Thankfully, adding spices and herbs can easily solve that problem."

The McCormick Kitchens have inspiring tips and recipes to flavor low-sodium meals.  For more information visit www.mccormick.com/recipes/low-sodium or twitter.com/spices4health.

About McCormick
McCormick & Company, Incorporated is a global leader in flavor. With $4.2 billion in annual sales, the company manufactures, markets and distributes spices, seasoning mixes, condiments and other flavorful products to the entire food industry – retail outlets, food manufacturers and foodservice businesses. Every day, no matter where or what you eat, you can enjoy food flavored by McCormick. McCormick Brings Passion to Flavor™.  For more information, visit www.mccormickcorporation.com.

About The McCormick Science Institute
The McCormick Science Institute is an independent research-driven organization whose mission is to support scientific research and disseminate information on the potential health benefits of culinary herbs and spices to all stakeholders including consumers and health professionals. The Institute is led by nutrition scientists and guided by a Scientific Advisory Council consisting of internationally-renown scientists and health professionals from leading research institutions.  Learn more at www.mccormickscienceinstitute.org.