Con Edison has made compensation payments to nearly 90 survivors and residents displaced by the fatal explosion last week in New York City. 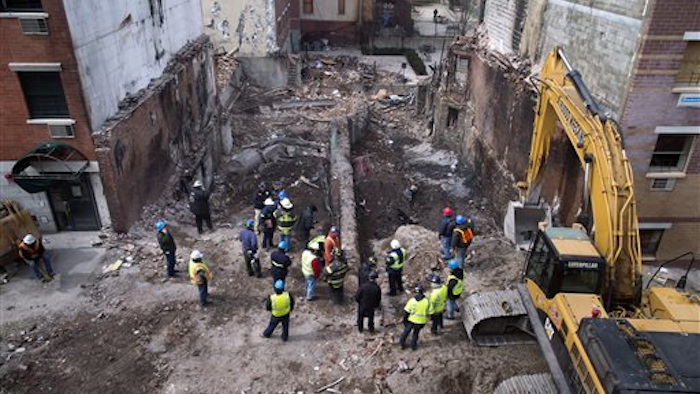 The company says the payments were made Thursday, a day after the blast.

This week, federal investigators found a leak in the gas main near one of the two East Harlem apartment buildings that were leveled.

Eight people were killed and more than 60 people were injured. The cause of the explosion has not been determined.

Con Ed spokesman Robert McGee says the company made 87 payments to people who were injured or lost their homes. He declined to provide the average amount paid for each victim.

He told the Wall Street Journal that the payments were made after "one-on-one" meetings with the victims.