A Chinese court on Wednesday gave the head of a logistics company a suspended death sentence over a massive explosion at a chemical warehouse in Tianjin last year that killed 173 people. 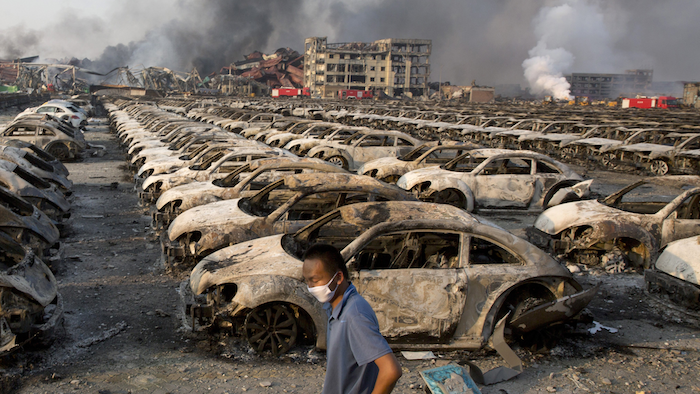 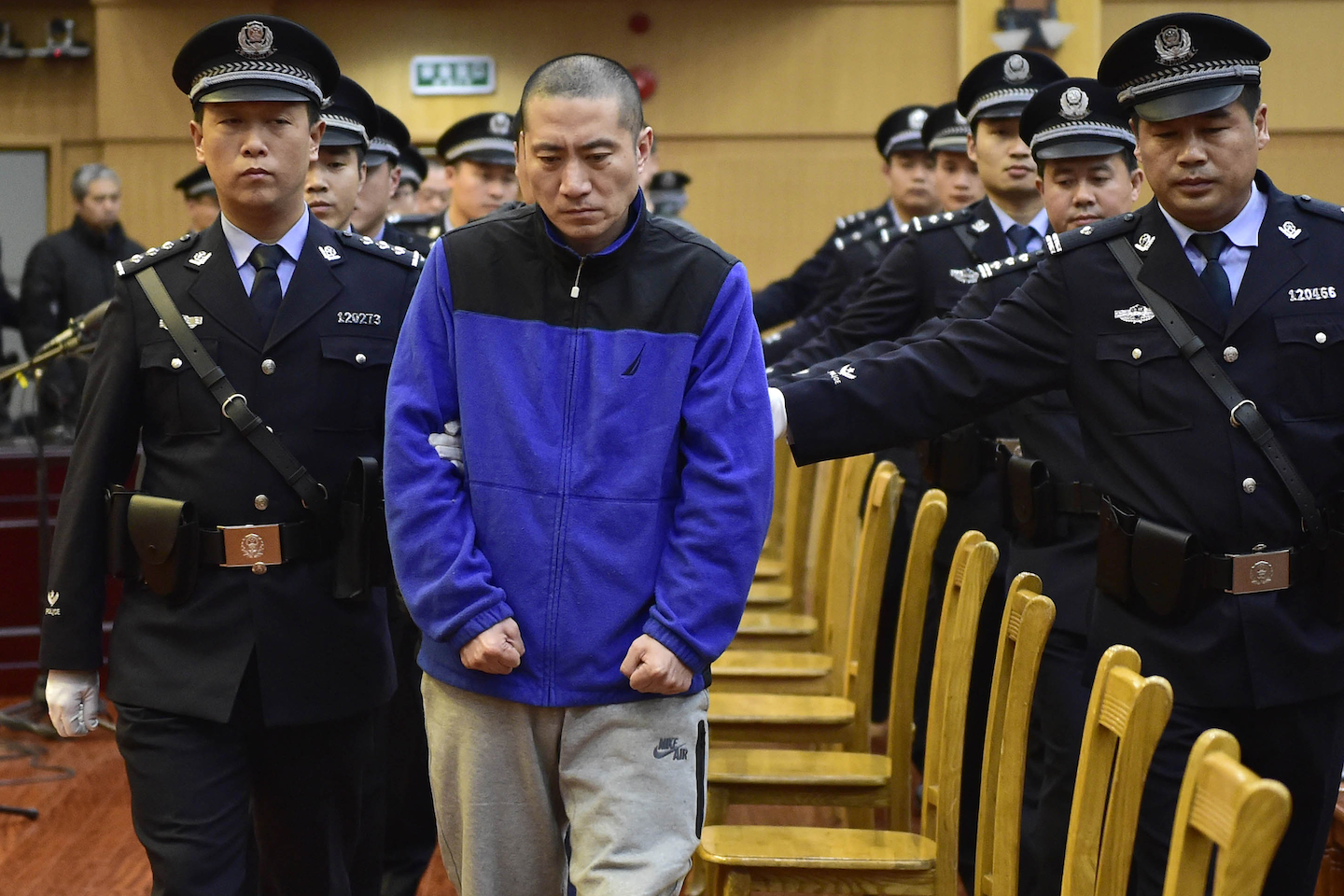 n this photo released by Xinhua News Agency, Ruihai International Logistics Chairman Yu Xuewei, center, is led by police officers as he arrives for his trial at the Tianjin's No. 2 Intermediate Court in north China's Tianjin Municipality, Wednesday, Nov. 9, 2016. A Chinese court on Wednesday gave the head of a logistics company a suspended death sentence over a massive explosion at a chemical warehouse in Tianjin last year that killed 173 people, most of them firefighters and police officers. (Yue Yuewei/Xinhua via AP)

BEIJING (AP) — A Chinese court on Wednesday gave the head of a logistics company a suspended death sentence over a massive explosion at a chemical warehouse in Tianjin last year that killed 173 people, most of them firefighters and police officers.

Tianjin's No. 2 Intermediate Court ruled that Ruihai International Logistics Chairman Yu Xuewei paid bribes to obtain permission to illegally store more than 49,000 tons of sodium cyanide and other highly toxic chemicals at the company's warehouse in the city's port between 2013 and 2015, when the explosion occurred. Such sentences are usually commuted to life in prison after two years.

Various other Tianjin courts gave lesser sentences to 48 other people. They included 25 local government officials and workers accused of dereliction of duty, abuse of power and bribe taking, 12 other Ruihai employees accused of taking part in the scheme and 11 employees of a company that provided phony certificates supporting the company's operations.

In a video shown on state broadcaster CCTV, Yu told the judges that he regretted his actions and wouldn't appeal.

"I want to use this opportunity to apologize to those who died and were hurt in the blasts and their families, as well as all the citizens of the nation," Yu said.

The explosion was among China's deadliest industrial accidents in recent years and the resulting investigation was directly overseen by the Cabinet.

Investigators found that the blast was triggered when stocks of nitrocellulose, a flammable compound used as a binding agent with medical applications and as an ingredient of lacquer, became too dry and caught fire in the August heat. The flames then spread to illegal stores of the combustible fertilizer ammonium nitrate, triggering a series of blasts that flattened the warehouse, destroyed an adjacent auto lot and caused extensive damage to neighboring apartment blocks.

The dead included 99 firefighters and 11 police officers, who were not informed of the presence of the 800 tons of ammonium nitrate. Another 798 people were injured, largely because Ruihai illegally built its warehouse too close to their apartments.

The blasts contaminated the air, water, and soil in the immediate area but did not affect the environmental quality of the ocean bay on which Tianjin sits, the investigators said.

The plant's operator says it is currently operating within safety limits after a report of a potential radioactive leak.
Jun 14th, 2021
Follow Us
Most Recent